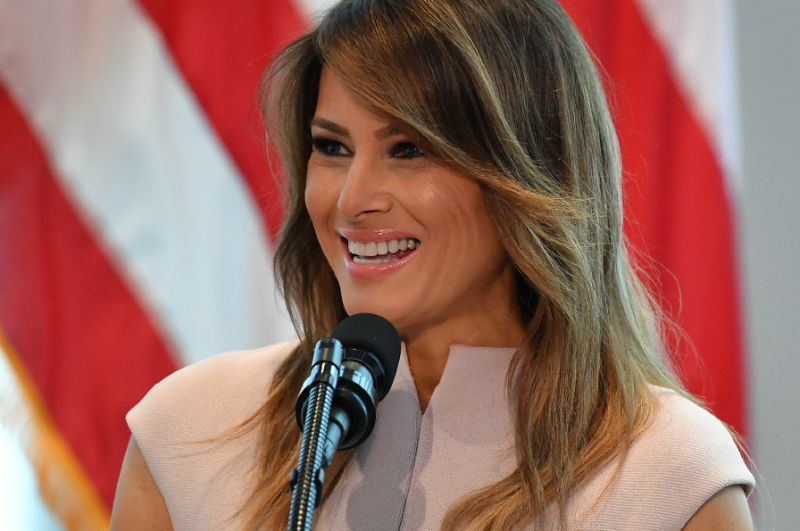 Melania Trump, who hosted the spouses of foreign leaders during the UN General Assembly, is making her first big solo international trip -- to Ghana, Malawi, Kenya and Egypt
Spread This News 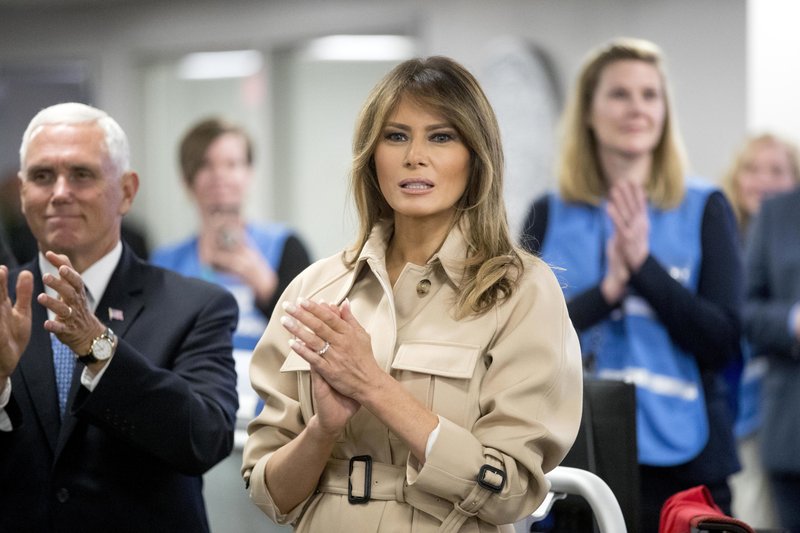 Melania Trump leaves Washington — and her husband’s shadow — Monday for a four-country tour of Africa that will give the glamorous and at times enigmatic first lady a chance to carve her own diplomatic path.

The trip to Ghana, Malawi, Kenya and Egypt, which sees Trump returning to Washington early October 7, will be her first big solo international trip.

Unlike her popular predecessor Michelle Obama, former fashion model Melania has kept largely to the background as Donald Trump alternately wows and dismays in a presidency he has turned into the biggest show on earth.

Spokeswoman Stephanie Grisham said Melania Trump’s Africa tour will be a “diplomatic and humanitarian visit” focused on her #BeBest campaign for “children and their well-being.”

There was little other information available about the trip, with only hours to go.

In typical fashion, it was Donald Trump who seized the headlines, telling journalists last week that his wife was “making a big trip to Africa.”

“We both love Africa. Africa is so beautiful, the most beautiful part of the world, in many ways,” continued the president, who was once reported to have dismissed the continent as a collection of “shithole countries.”

But even if Donald Trump stole her thunder, there’s no doubt that Melania Trump means to take ownership of the visit.

At a time when her husband’s government is pushing for radical reductions of US aid around the world, Melania will “showcase” the work of the huge US Agency for International Development, or USAID, Grisham said.

“This is her trip, her initiative,” Grisham added.

Melania Trump held a #BeBest event at the United Nations last week, during the world body’s annual gathering. However, the 48-year-old first lady has been more noted for her absences during a hectic presidency in which Donald Trump is almost omnipresent on social media, television and front pages.

When Trump visited children separated from their parents in Texas in June 2018, the back of her jacket bore these words scrawled in white: “I really don’t care. Do U?”

With little more than a month to go before the Republicans risk major losses in Congressional elections, Trump is holding rallies around the country several times a week.

But Melania Trump is not by his side.

When he made a heavily publicized trip last month to North and South Carolina to assess damage from Hurricane Florence and to comfort locals, she was also missing.

“We haven’t seen a sign that she is willing to embrace being a political asset,” said Anita McBride, a former chief of staff for Laura Bush, the wife of president George W. Bush.

“The ability and the opportunity is there. Whether she chooses to use it will be another question.”

Even what was arguably Melania Trump’s most memorable public appearance came wrapped in mystery and controversy, yet again raising the question of what kind of first lady occupies this controversy-filled White House.

It was June and her husband’s policy of discouraging illegal immigration by separating children from their parents at the Mexican border had turned into a political firestorm.

Melania Trump made a surprise visit to Texas to visit some of the children, and even more unexpectedly the back of her jacket bore these words scrawled in white: “I really don’t care. Do U?”

No one knew what she meant.

“The one exception is when she wore that jacket. I will never understand that.”

But with the Africa trip, it seems clear what the first lady wants to show: she does care.