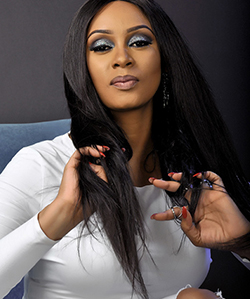 Memry Savanhu is a Zimbabwean actress, filmmaker and an entrepreneur based in Lagos and partially London. She studied drama in London and filmmaking at New York Film Academy in Abu Dhabi. Memry has featured in many Nollywood movies including Lagos Cougars, One Fine Day, On Bended Knees and soon-to-be-released Nigerian historical drama, 76. In this exclusive interview with Guardian Woman, she speaks why she chose to settle in Nigeria and her role in ‘76’.
You are probably the most recognised Zimbabwean actress in Nigeria? Was the transition to Nollywood deliberately?
I am unaware of any other Zimbabwean actors or actresses who have featured in Nollywood before. I would like to think that I am breaking new ground and paving the way for aspiring Zimbabwean actors and actresses who wish to further their careers. There is another Zimbabwean personality called Vimbai Mutinhiri who has ventured into movies but has made a name as a television presenter.
My transition into Nollywood was deliberate. I saw the growth and potential in African film making and wanted to be a part of it. Nollywood is the largest and most successful sector of the African film industry so naturally I felt this was the best place for me to work. I saw the potential to tell my own stories and share my talent with a wider African audience. It was also an opportunity to introduce some diversity to Nollywood.
What prompted you to relocate to Nigeria? Has it paid off for you?
For me to work in Nollywood successfully I had to be based in Nigeria not just from a practical stand-point but also from an experiential viewpoint. Being based in Nigeria allows me to engage with the people and culture which is valuable for me as an actress and a producer. It allows me to relate to the people whose culture I portray in films.
I feel that I have been largely accepted by the industry and the move has had a lot of positives. But as with anything in life I also have experienced my fair share of challenges. However, with time and experience we will improve as an industry.
How did you get to be starred in 76, a movie inspired by ? How was the experience working with Rita Dominic and Ramsey Nouah?Advertisement

I had previously worked with director, Izu Ojukwu on my first ever film in Nollywood, The Distance Between, and ever since then he has become one of my mentors. As a producer, we worked together on The Distance Between, which he directed. I was very impressed with his work as a director and I felt we have chemistry. He is an amazing director and is someone who I always eager to work with. When the script was sent to me I was amazed by the storyline, but I had my doubts regarding the suitability of my strengths for the role. At the time I felt that there were other more suitable actresses. It came as a bit of a surprise when Izu informed me that I had the part.
However, because of our previous work together, I knew that he was aware of my ability and in that respect I can see why I was selected for the role.
In addition to working with Izu on The Distance Between, I had also worked with Rita on that film. She displayed a fantastic work ethic and professionalism and she continued to exhibit the same qualities on the set of 76. Both Rita and Ramsey are an absolute pleasure to work with. I have learned a lot from both of them.
One of the themes of the movie relates to strength of soldiers’ wives. Does this speak to your personal life in any way?
The film is based in the 70s and my experience of that period is through the eyes of my mother. Although she is not an army wife, she experienced the latter stages of the liberation war in Zimbabwe during that time. Those who were not directly involved in the fighting had to provide support to the guerrillas. For most women it meant providing meals as well as intelligence and my mother was one such woman. She is proud to have played her part in liberating the country and serves as an inspiration for me. In addition, the 70s were a time of struggle for most Africans politically and we are bound by that struggle; it unites us because we can relate to each other’s experiences regardless of whether you were in Nigeria or Zimbabwe.
Zimbabwe, your country of origin, is facing biting poverty. Do you have plans of speaking against, and perhaps, of correcting some of the ills that led to the situation?
I do not think that poverty is confined to Zimbabwe. As a country we are going through a phase that is obviously challenging for a lot of people. I believe that this is a phase, a season. However, I also believe in Zimbabweans. We are resilient and hardworking, and will overcome our challenges as a nation. Often the biggest challenges are what builds future character. The lessons that we are learning now will equip us for future challenges.
Are there specific Zimbabwean cultural and historical narratives you wish to make into movies?
There are but nothing that I can specifically identify at present. However, I would like to bring some of my cultural and historical influences into my work in general. It is inevitable because one is shaped by their culture and experiences. I would also like to bring in other African influences, not just from Zimbabwe, because I believe that our continent is blessed with diversity of culture and history. We have a lot of shared values, cultures and experiences and also have a lot of unique qualities. There are a lot of untold stories in Africa and we have to tell those stories to the rest of the world in our own unique way.
You produce and act, which of these comes easier for you? Do you plan to specialise in either of the two later?
I am more of a producer than an actress. It comes more naturally to me and I plan to venture more into production than acting in the future. I am a story teller and that is my strength. Acting confines me to stories that are being told in the eyes of another person and I feel this limits me as an artist. I would like be free to tell stories in my own way. There are a lot of stories that I would like to share with the world. I would also like to control the process because there is a lot more to experience as a filmmaker in making a film. That is not to say that the stories that I am a part of as an actress are not interesting or engaging. 76, for example, is a brilliant story and I enjoyed being a part of telling it. However, I would like to summon all the resources that the African continent affords us including different languages and locations. There are many exotic locations that would make amazing film locations around the continent.

Having been in Nollywood for a few years, what do you think industry practitioners need to do to make Nollywood better?
Nollywood is relatively new compared to Hollywood and Bollywood, the two other titans of the film industry. We are learning and improving as we go along. There are obviously still some challenges. For me the biggest challenge as an actress is scheduling and time management. We still have challenges with time management and meeting deadlines.
The other area where I would like to see Nollywood improve is in distribution. At the moment distribution is rather limited to Nigeria and Ghana. There is growing interest on the African continent and there has to be a more concerted effort to distribute films across the continent. The market across Africa is potentially very large. Without the widespread access to the internet that Africans abroad enjoy, it is necessary to find ways of distributing films using conventional methods to all corners of the continent.
Has being a single mum impacted the way you work?
Not at all. I am just like any other person with responsibilities. I am not unique. There are other mothers and fathers out there who have a lot more to juggle with a lot less resources than I have. I feel blessed to have my children and to be able to pursue my dreams.
Who is Memry Savanhu?
I am a proud African and a child of the Zezuru tribe. Primarily I am a mother, daughter, sister, niece, friend and peer. I am people person who loves to give. I am happiest when I am giving whether as an actress or giving back to my community. I evoke people’s dreams and emotions. I raise a mirror to society while at the same time giving it hope and aspiration. I am very grounded. My mother taught me that strength does not mean losing your humility. Even though I am an actress I am very private; an introvert. When the acting and film-making is done, and all that is associated with it; the awards ceremonies, the premieres and promotional events, I prefer the comfort of my private space.
This interview is taken from The Guardian (Nigeria)