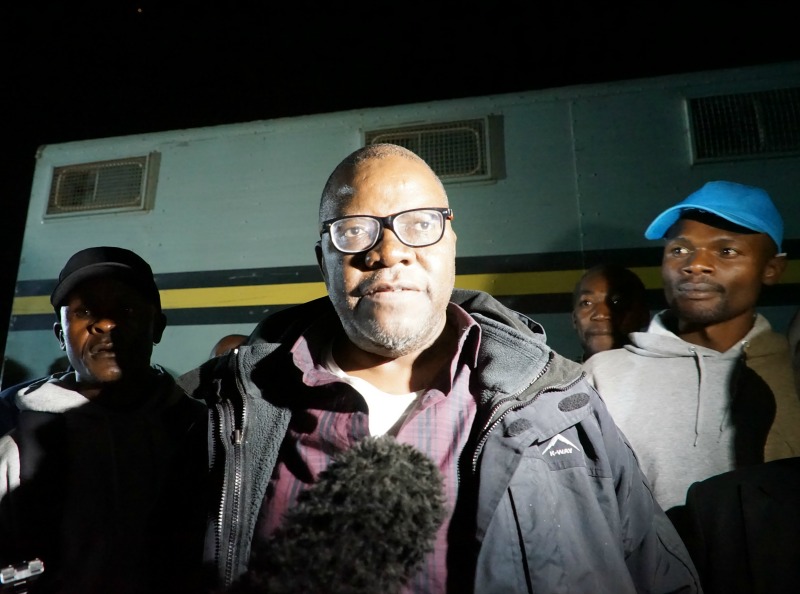 Biti, who is being tried for allegedly violating the Electoral Act, appeared before Harare magistrate, Francis Mapfumo applying for release of the travel document saying he required counselling services for the trauma he suffered during his foiled bid to skip the country last month.

According to a letter he tendered in court, Biti is supposed to go to a private counselling institution for therapy following the rough experiences he went through when he attempted to flee to Zambia to seek asylum soon after the 2018 presidential elections.

The institution is called The Center for the Study for Violence and Reconciliation (CSVR), a non-profit organisation that offers mental health and psycho-social support to victims of violence.

“We have been following your situation since 8 August 2018. We hereby invite you to receive mental health services at our clinic,” read part of the letter.

The letter was written on September 14 this year and the organisation intends to take him through therapy sessions from September 18 until the 22nd of September.

The organisation also said, “It is not clinically indicated to have such a short period of treatment. Therefore, follow-up sessions will be scheduled.” 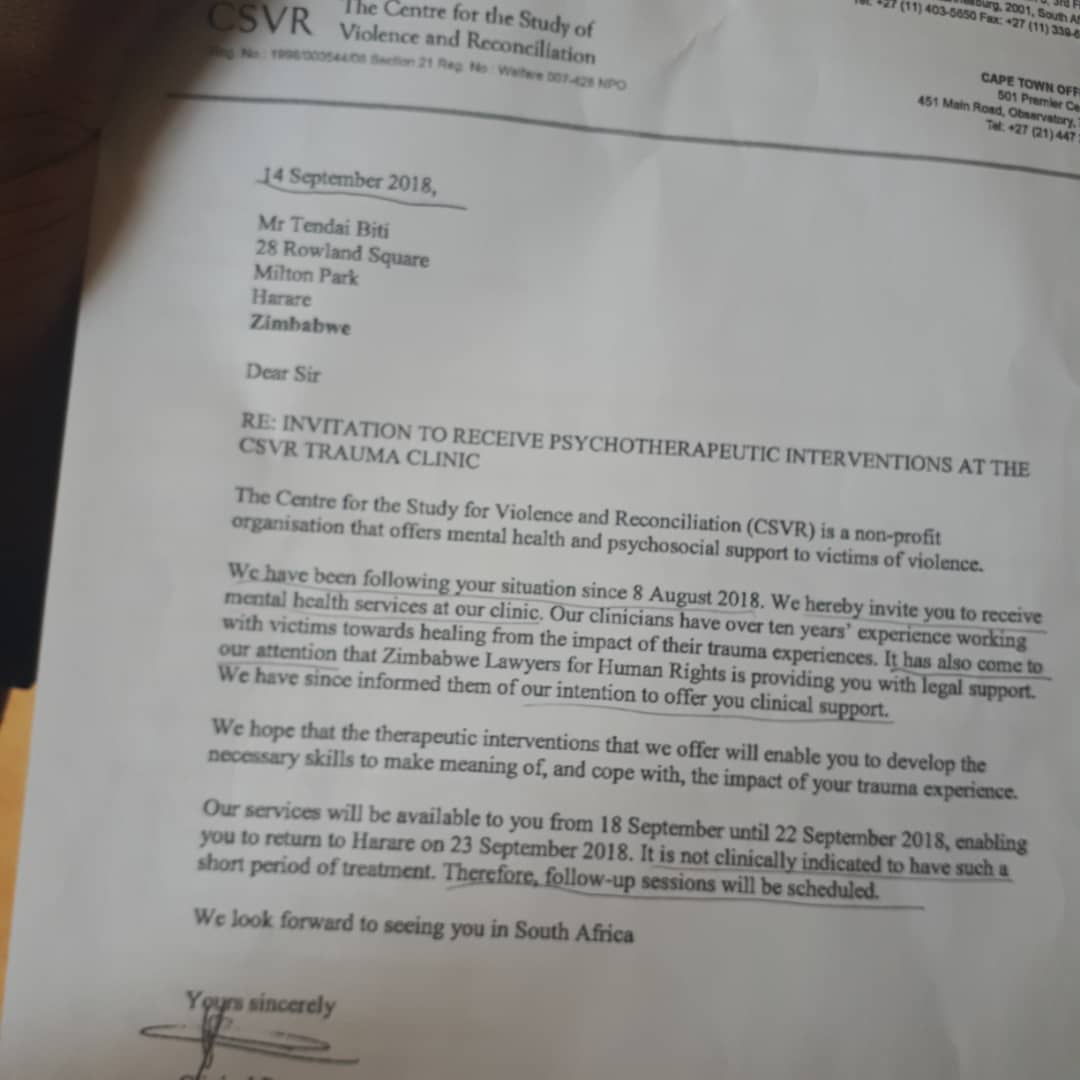 “There is something fishy with the chronology of documents tendered by the defence counsel.

“The letter was written ‘organisation’, but the accused did not indicate he has a mental health problem. His application was triggered by the invitation he received from the South African organisation which an unusual way of doing business,” Reza added.

He also argued that Biti was determined to escape from the Zimbabwean court’s jurisdiction as he did when he tried to escape to Zambia in August when he was being sought by police.

In his application, Biti also said he intended to travel to Tunisia for a lawyer’s conference which will be held from September 26 to 30.

But Reza also challenged the request saying Biti’s bail conditions do not allow him to address any public gathering.

Biti landed in the dock after he allegedly publicly claimed that MDC leader Nelson Chamisa had won the July 30 presidential election, in contravention of the Electoral Act.

He was freed on $5 000 bail and was ordered to surrender his passport and title deeds to his home as part of bail conditions.

He told court on his initial court appearance that events surrounding the election period left him traumatised.

The former Finance Minister further said he literally lost his mind when he heard that his mother was abducted by suspected soldiers who terrorised her demanding to know his whereabouts.

He said even his extended family and friends were not spared the abuses by suspected state agents.

The firebrand politician and lawyer took the court through a heartrending narration of his ordeal saying he even slept in a stinky cell toilet in his bid to escape the country when he felt his life was threatened.

His application was thrown out by the same magistrate who ruled that he should have his day in court.

The magistrate is expected to deliver his ruling on his new application this Thursday.