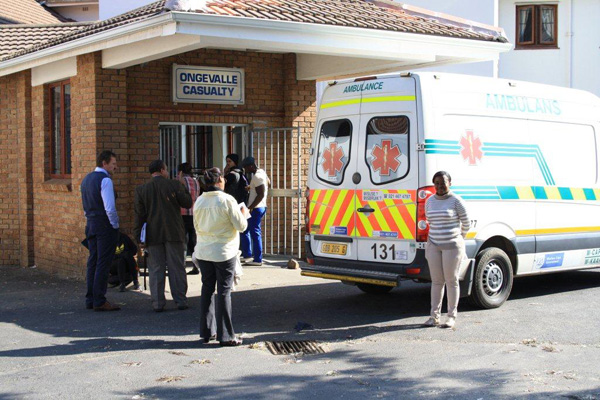 WHEN Solomon Shumbanhete drove 2500km from Harare, Zimbabwe, earlier this month to collect his mentally ill brother, Tapiwa Chipika, who had gone missing around Cape Town, he had every intention of taking him back home.

But three days after finding the 33-year-old wandering around near Stellenbosch and taking him to the Stellenbosch Provincial Hospital for treatment and medication, Chipika was dead.

The Klapmuts-based horse groomer, who had lived in South Africa for six years, was supposed to be receiving treatment for schizophrenia and an eating disorder, which friends claim manifested in December.

Chipika was admitted to the hospital on Sunday, March 11 – the day the brothers were supposed to drive back to Harare.

Shumbanhete said he had been informed by hospital staff that his brother would be kept overnight for treatment and observation at the hospital’s psychiatric ward and discharged the following day.

However, doctors then told him that Chipika was mentally unfit to travel and would need to be hospitalised longer.

By the Wednesday, Shumbanhete discovered his brother had died from what doctors said were “natural causes”.

It was only after family friends inspected the body at the hospital that they found strangulation marks on Chipika’s neck.

Family friend Priscilla Chidzonga said: “The nurses were actually surprised when we said Tapiwa was murdered. They were thinking we were just going to look at him and that’s it. But we checked everything. The room was a mess; you could tell something violent happened in that ward.”

Shumbanhete said he had found his starving brother clad only in shorts at the Klapmuts train station.

“At first he couldn’t even recognise me. We told him to sit down and I told him to put on his T-shirt and I gave him food which I bought for him,” he said.

He recalled how, when he had gone to the hospital to visit his brother during visiting hours on the day of his death, he was told he could not see him as he was asleep.

“I (insisted that) I just want to see his face and that he is there and I am not going to wake him up. The nurses refused and said they were not allowed to do so.”

At 8pm, he received a call from a friend informing him of Chipika’s death. The friend, Simbarashe Chidzonga, told him Chipika “had been killed”. The Weekend Argus has seen a video taken of Chipika at the hospital moments before his death.

A picture also shows him with what appears to be a laceration mark around his neck on his death bed, which was draped in hospital bedding.

Megan Sonnenberg, the Cape Winelands District Health spokesperson, confirmed the death but would not elaborate.

“The case has been referred to forensic services for an autopsy to determine the cause of death,” Sonnenberg said.

A police source confirmed to Weekend Argus that Chipika had been murdered.

Late last year, a patient was reportedly found dead at the same hospital.

Friederike Bubenzer, a mental health expert at the Institute for Justice and Reconciliation, said oversight of the security of mentally ill patients at hospitals was needed. “We need to invest huge amounts of resources in taking care of the most vulnerable beings in society,” she said.

Zimbabweans in Stellenbosch plan to stage a protest at the hospital in the next few days.

This article is taken from Weekend Argus.