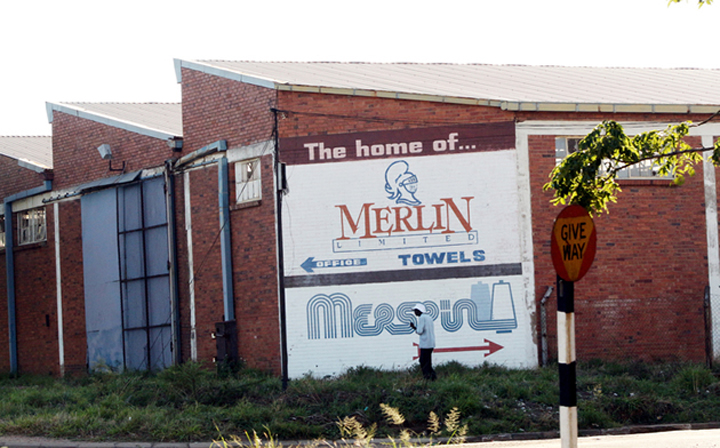 THE major shareholder of struggling Bulawayo-based textile firm Merlin and the judicial manager are fighting over control of the company which is struggling to attract new investors over a decade after surviving liquidation.
The company suspended production in October 2010 to minimise losses when capacity utilisation fell to a lowly 20 percent and was placed under provisional judicial management for the second time the following year.
At the time, the judicial manager, Cecil Madondo of Tudor House said the company’s management had failed to follow a laid out plan to sustain the business, leading to its placement under judicial management for the second time after successfully returning to profitability in 2004.
The company was then acquired by Maydeep Investments, owned by Delma Lupepe as a new investor and emerged from judicial management.
Currently, the company owes creditors over $4 million.
Last year, one of the firm’s major creditors, Old Mutual successfully applied for removal of Merlin from judicial management citing lack of progress in the resuscitation of the company and failure by Madondo to turnaround the company.
It was later granted a liquidation judgment which Madondo successfully blocked.
Towards end of last year, the major shareholder, Delma Lupepe told The Source that the firm would resume operations in the first quarter in 2015 after securing a Japanese investor, Marubeni Tekmatex Corporation who was willing to inject $30 million in fresh capital.
But recently Lupepe said the investor had pulled out of the deal, citing infighting between shareholders and the judicial manager.
“The investor said he cannot put money while the company is still under judicial management. We could have been operating right now but we can’t due to such issues.
“We successfully applied for removal of the company from judicial management in December but Cecil Madondo appealed at the High Court challenging the court ruling,” he told The Source last week.
Madondo refuted the allegations saying he had an obligation to protect the assets of the company from attachments, writs of execution and any other action in the best interest of creditors and other stakeholders.
“Hence the position taken by the Judicial Manager to appeal to the Supreme Court against the order granted to one of the creditors to remove, attach and sell the plant and equipment,” he said in written responses to The Source.Advertisement

“We noted that the shareholder had personal assets being seized by various creditors for money borrowed in the name of Merspin. Hence the assertion that the Judicial Manager should have let the company’s assets sold is meant to protect his interests.”
Madondo said the relationship between the judicial manager and the shareholders had no effect on potential investment.
“We did not block any investors brought by the shareholders. To our knowledge the investors were expected at the beginning of the year and we are still anticipating them,” he said.
“We believe that the shareholders are seeking a scapegoat after publishing an article … towards the end of last year announcing that they have secured an investor who will be coming in January 2015.”
Madondo said he had no objection to any stakeholders willing to bring investors as the company was in dire need of funding to resuscitate its operations.
Last week Madondo said he had since applied for $1 million from the Distressed and Marginalised Areas Fund (DIMAF), a fund to help resuscitate mainly Bulawayo-based companies being administered by the Central African Building Society.
At its peak Merlin, which produced towels and nappies, employed more than 1,000 workers.