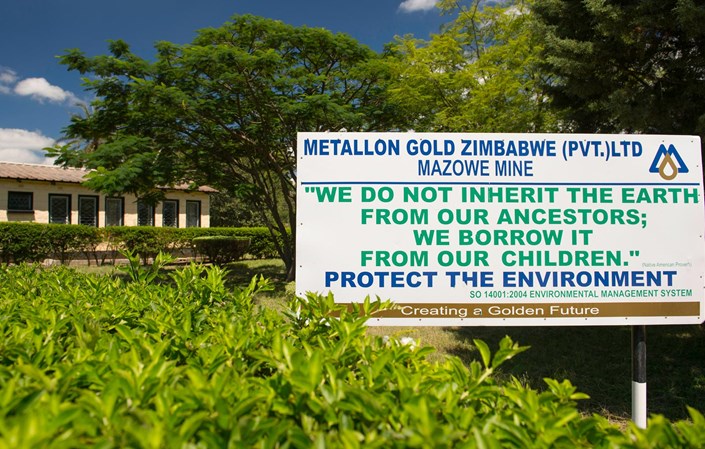 TOP gold producer Metallon Gold now faces trial on six counts of externalising a total of US$31 million between 2009 and 2015 after the High Court threw out the application to quash the indictment and allowed the prosecution to amend the charges to fully comply with the provisions of the law.

Metallon is accused of paying dividends to shareholders when it was making a loss, making payments to outside companies and claiming these were loan repayments, when there were no loans, and writing off a loan to its parent company in South Africa.

While businesses can quite legally pay dividends to external shareholders and service foreign loans, dividends must be backed by profits and loans must exist, otherwise the payer is in breach of the Exchange Control Act.

After looking at the charges, Metallon went to the High Court seeking to quash the indictment arguing that the charges as framed did not constitute an offence and that in any case the way the charges were framed could prejudice the company in its defence.

But Justice Tawanda Chitapi ruled that the court has the discretion to amend the charge since an accused cannot be allowed to avoid having to stand a trial for an alleged crime merely because the charge suffers from a defect which can be corrected.

“Ultimately, the accused must not be allowed to avoid trial on the basis of a technicality in the drawing up of a charge,” he said.

“The criminal justice system would lose respect in the eyes of society where the accused were to be allowed to avoid being tried on technicalities.Thus, rather than let crime go unpunished by simply quashing a charge, consideration should be had to ordering an amendment which would have the effect of enabling the accused to understand and appreciate the charge which the accused has to meet,” Chitapi said.

In this case, the judge said the proper course was to allow the prosecution to amend the indictment and so allow the trial to proceed.

Charges against Metallon arose in 2010 after it allegedly paid a dividend of $51 000 despite having recorded a loss for the financial period and also allegedly declared a dividend of $25 million in 2012 yet the company’s operating profit was less than the amount declared as dividend.

By so doing, according to the State, the company allegedly financed a dividend from non-distributable reserves without exchange control approval.

Metallon, which is owned by South African business tycoon Mzi Khumalo, is being represented by company secretary, Hapson Makotore. This is the second such case for Mr Khumalo as he had to forfeit R1 billion in shares and assets after losing a case in South Africa over allegations he violated exchange control laws when negotiated a R760 million loan with Deutsche Bank for his Mawenzi Resources and Finance Company.

The flouting of laws related to how Khumalo pledged shares he had bought from Harmony Gold in a black economic empowerment scheme to Deutsche Bank.

In Zimbabwe, the turning point was in 2015, when the National Economic carried out an inspection on the business of Metallon Gold following information alleging violation of exchange control regulations. It was discovered that Metallon allegedly externalised $31 million.

It is alleged that during the period extending from January 2009 to December 2013, Metallon Gold Zimbabwe externalised $9,9 million to Red Wing United Kingdom Limited Ltd, on the pretext that this was payment for management and services rendered to it by United Kingdom based company.

From June 2011 to January 2012 the gold miner allegedly paid out $5,8 million to Stonhage Trust through Mtetwa and Nyambirai Trust, disguised as loan payment although no such obligation existed.

Between June 2011 and January 2012, Metallon Gold is said to have paid $87 871 to First Atlantic, a company outside Zimbabwe, through Mtetwa and Nyambirai Trust disguised as loan repayment, yet the South African owned miner did not owe First Atlantic.

A dividend amounting to $12,2 million to shareholders, but Metallon failed to withhold tax payable on dividends paid to non-resident shareholders.

In 2012, without lawful authority from the Reserve Bank of Zimbabwe exchange control authorisation, Metallon Gold Zimbabwe allegedly wrote off a loan amount of $7,72 million as uncollectable, thereby technically externalising the funds in question. The amount was a loan advanced to its sister company in South Africa.