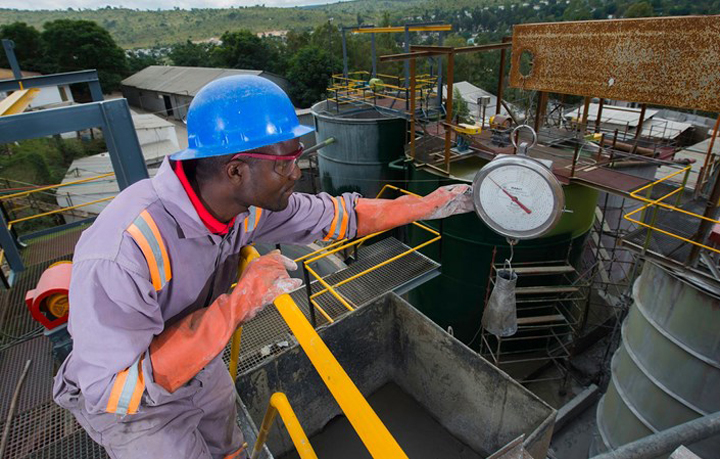 HARARE: Metallon Gold, Zimbabwe’s largest gold producer on Friday reported that it produced 96,530 ounces in 2015, about eight percent lower than the target as continued power interruptions hit production at its mines.
The group had targetted to produce 105,000oz in the year — reduced from the 150,000oz guidance initially. However, output was 2.4 percent lower than 2014 production of 98,863oz after equipment breakdowns at How, Shamva, Mazowe and Arcturus mines.
“Increased power interruptions impacted both underground production and plant processes, with over 1000 hours of lost production. Metallon is looking at possible solutions in order to supplement grid power supply,” said the group.
Metallon also delayed the commissioning of the Mazowe Sands Retreatment Project due to unforeseen equipment delays but hopes to complete the plant, along with the tailings facilities at its  Mazowe and Shamva mines in the second quarter of this year.
The company’s Redwing Mine resumed operations and produced 814 ounces in 2015 — the first gold production in eight years from the underground operation.
Redwing is expected to hit full production in six months, with monthly output seen at 1,600oz thereafter
Metallon said the mine had employed 484 staff at opening and expects to have over 700 employees once the mine reaches installed capacity in later in the second half of the year.
The chief executive, Ken Mekani said the group has committed $1,6 million to exploration for the year.
“In 2016, the focus will be on the commissioning of the Mazowe Sands Retreatment Plant and the Mazowe and Shamva Tailings Facilities and on exploration. The exploration programme is expected to upgrade more of our 9.6Moz resource into the Measured and Indicated categories, ahead of increased production. Metallon is also reviewing potential alternative power sources and will continue with the repayment of debt,” said Mekani.
The majority of the planned exploration will be underground and near surface at Mazowe Mine and at surface at Shamva Hill. At Mazowe Mine, dependant on the results of the exploration programme, the Sands Retreatment Plant will be upgraded to process ore from both near surface and underground from 2018.
In a separate announcement, Metallon Corporation said its deputy chairman, Mzi Khumalo Metallon will take over as chairman of the group, replacing Sir Nicholas Bonsor at a board meeting later this month.Advertisement

Bonsor has been non-executive chairman since March 2011. Another board member Robert Robertson will also retire at the meeting and will be replaced as chairman of the group’s audit committee by former Southern African Development Community (SADC) executive secretary, Tomaz Augusto Salomão who joined in December 2014.
The London-headquartered resources group runs five mines in Zimbabwe and has exploration assets in Tanzania and the Democratic Republic of Congo.