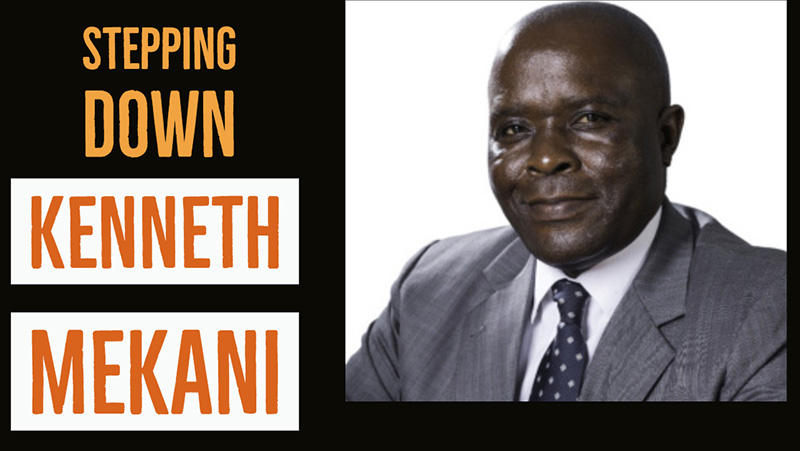 THE Chief Executive Officer of Zimbabwe’s biggest gold producer, Metallon Gold Corporation, is set to step down by end of September.

Kenneth Mekani will however, continue working with the company, the group said in a statement this week, adding that its headquarters was being moved to London.

“Kenneth Mekani will be stepping down from the CEO role in September 2018. He will remain working for Metallon in the transition phase and the CEO position will be announced in due course,” reads the statement

“As the company undergoes corporate restructuring, Metallon Gold Zimbabwe will no longer exist and the head office in Harare will be closed.”

Mekani has been an asset to Metallon for years.

“Mekani’s experience in the mining industry over the past 31 years has been an asset to the company.

“He led the company’s transition through various phases of growth and it has been Metallon’s wish to have him continue in his role from our offices in the United Kingdom,” the statement read.

His working relationship with the company began when he joined then Lonrho Mining as a graduate trainee metallurgist in June 1987.

After completing the graduate trainee programme, Mekani was appointed plant metallurgist and he spent several years in the group’s various operations where he worked his way up the ranks and was involved in major metallurgical projects.

“As I leave the company, I look forward to exploring, with the Board and its Chairman, other ways by which I can continue to give input in the transition phase. I will continue to follow company’s success with great enthusiasm.”

Metallon has meanwhile completed a corporate restructuring which ensures that each subsidiary is a stand-alone company with its own management team as Zimbabwe enters a new political climate.

“As Zimbabwe undergoes new, open political developments and the country births a climate that is highly conducive for business,” the company said.

“Metallon Corporation aims to increase its investment in Zimbabwe. The company has completed a corporate restructuring to ensure each Mining Subsidiary is a standalone company with its own management team.”