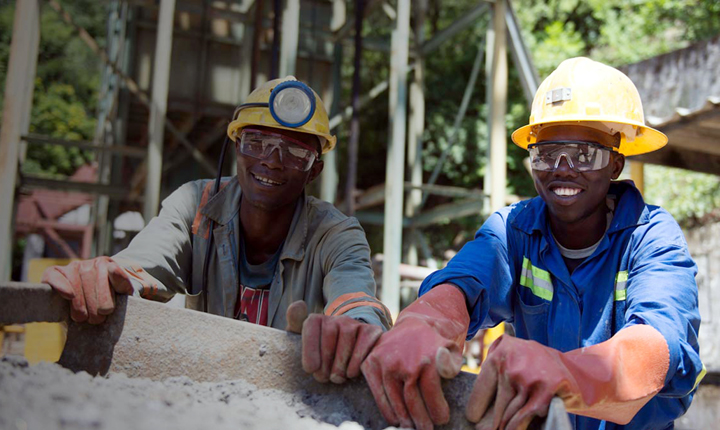 ZIMBABWE’S largest gold producer, Metallon Corporation, plans to spend $16,3 million in capital expenditure at its Redwing Mine over the next five years, boosting output by nearly 60 percent to 766 kilogrammes by 2020, The Source has learnt.
The projections are underlined in a five year strategic paper, made available to The Source recently, for the Penhalonga-based mine in the east of the country.
Redwing, which dates back to 1889 and was put under care and maintenance in 2004, has been flooded in recent years but resumed operations in November last year.
It produced 25,4kg in 2015 — the first gold production in eight years from the underground operation — but expects to produce 480kg in 2016. In 2020, the mine is seen producing 766kg, according to the plan.
“Redwing is operating at less than a third (of capacity). The company will reach 50 percent capacity by end of 2016 with a $1,7 million capital expenditure,” reads part of the paper.
Metallon will invest $2,4 million in 2017, $3,8 million in 2018, $4,9 million in 2019 (and) $3,5 million in 2020.
In the first quarter of this year, Redwing has produced 67,7kg, but production is seen at 480kg in the full year, with the mine reaching full production in the second half.
Metallon said it was still facing challenges in dewatering the mine due to dilapidated infrastructure, inadequate equipment and low developed mineral reserves.
In the full-year financials for 2015, chief executive Ken Mekani said the group had committed $1,6 million to exploration for the mine this year.
Despite pumping 234 billion litres of water from the mine since 2010, Metallon estimates that 45 billion litres remain. Operational costs also remained high, with labour and power accounting for 50 percent and 17 percent respectively.
Redwing is a historically productive mine, with an output of 31,2 tonnes between 1966 and 2004.
The London-based low cost gold miner also owns How Mine, Shamva, Mazowe and Arcturus mines.Advertisement