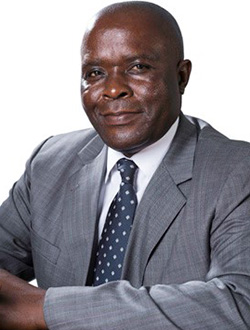 THE country’s largest gold producer Metallon Gold says it is unlikely to meet its full year target of 150,000 ounces as production at its mines has been severely affected by continued power interruptions.
Zimbabwe is only generating half of its peak demand of 2,200 megawatts with households and industry having to endure outages of up to 18 hours a day.
The country’s power situation has been further exacerbated by low water levels at Kariba dam which have seen the hydro power plant’s generation capacity being reduced by more than 30 percent.
“Due to the power supply interruptions which continue to affect production across all operations, Group production guidance of 150,000 ounces for 2015 is therefore reduced by approximately 30 percent,” said chief executive Ken Mekani in a quarterly update.
In the quarter to September gold production was up slightly to 23,999oz from 23,759 ounces in the previous quarter.
The company achieved a gold production of 72,142oz in the nine months to September, about one percent higher compared to the same period in 2014.
Mekani said the company’s Redwing Mine had resumed operations with the first gold production in eight years from the underground operation expected in November.Advertisement