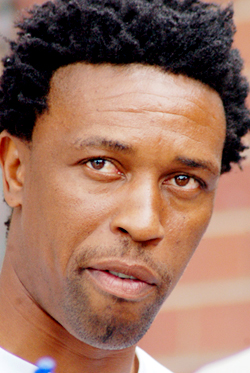 FORMER Highlanders and national Under 23 coach, Methembe ‘Mayor’ Ndlovu has completed his Asiagate match fixing two-year suspension.
“Methembe Ndlovu has been cleared. He served his ban and we wrote him a letter about a month ago informing him about the development,” said Zifa spokesperson Xolisani Gwesela.
Ndlovu is the owner of Southern Region Division One football side Bantu Rovers and director of Grassroot Zimbabwe which opened a Fifa Football for Hope Centre in Bulawayo two weeks ago.
Zifa president Cuthbert Dube gave the official speech at the event.
Ndlovu was part of the Warriors squad that took part in matches organised by a local syndicate of suspected match fixers led by former Zifa chief executive officer Henrietta Rushwaya in Asia.
Rushwaya was banned for life.
Former Warriors and Monomotapa coach Norman Mapeza served six months, but is yet to return to mainstream football.
Others set to return to the game are national team physiotherapist Lloyd Maungwa and team medic Mordecai Sachikonye.
A total of 15 individuals, including former Dynamos and Warriors coach Sunday Chidzambwa and two journalists were banned for life and several of them have been asked to give written responses to Fifa and are awaiting a response.
Thomas Sweswe and Method Mwanjali, who had both been banned for life, have appeared before a Zifa Special Appeals Committee and are also awaiting responses.Advertisement