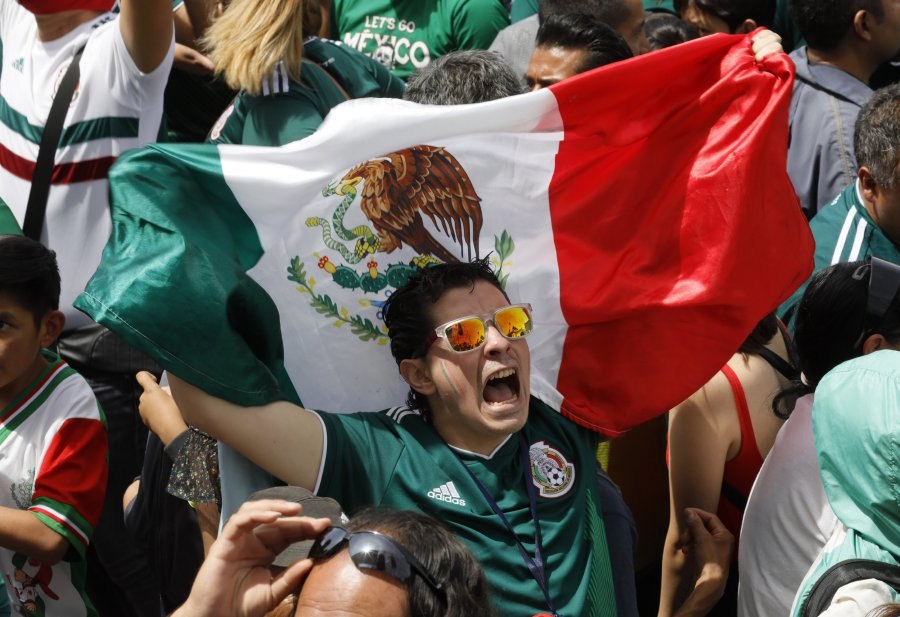 The earth literally moved in quake-prone Mexico City when Hirving “Chucky” Lozano smashed home the game-winning goal in the 35th minute at Moscow’s Luzhniki Stadium — a football “earthquake of joy.”

Seismologists said that they had detected an “artificial” rumbling, possibly caused by “widespread jumping” when the goal was scored.

Fans crammed into the Zocalo, the city’s main square, to celebrate.

“What happened today was an earthquake of joy for us — just imagine, we beat the world champions!” said Laura Villegas, a 45-year-old merchant who downed her beer with tequila in one gulp.

The streets of Mexico City were full of jubilant football fans

President Enrique Pena Nieto joined the party, saying on Twitter: “Confirmed: Mexico competes and wins against the best in the world, Congratulations to @miseleccionmx! Great match!”

Victory rallies erupted in other major cities such as Guadalajara, Toluca, Tijuana and Ciudad Juarez.

Fans celebrated across the country, including in Guadalajara

Throughout the capital, the streets filled with exhilarated fans, on foot, bicycles, motorbikes or in cars. Some blasted their car stereos, while others shrieked in glee.

Amid the cacophonous bustle, a veteran violinist played the traditional tune “Cielito Lindo” — roughly translated as “Lovely Sweet One.”

The victory was a heart-stopping one, but “a small goal is still a goal,” said the musician, while fans left coins in his instrument case.

One female fan, a flag in her hand and the national colors painted on her cheeks, screamed: “We are an Aztec warrior force!”

Ana Maria Contreras, a primary school teacher, came with her children and even dogs decked out in El Tri’s signature green jerseys to join the festivities.

“We have shown that we can compete with any power. And I hope that whoever wins as president also knows how to lead us to victory,” she said.