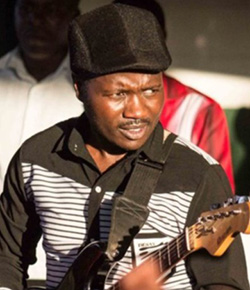 SEASONED Zora music maestro, Leonard Karikoga Zhakata and gospel music sensation, Mathias Mhere are billed to share the stage in Cape Town this coming weekend.
Leonard ‘Karikoga’ Zhakata is already in the coastal city having performed at a well-attended show in Johannesburg where he teamed up with Nicholas ‘Madzibaba’ Zacharia.
Speaking in his calm and collected manner, the musician who rose to stardom through his chart topping hit Mugove two decades ago could not hide his satisfaction with his show with ‘Madzibaba’.
“The massive crowd gave us amazing support and they had a lot of fun despite the pouring rain that might have prevented others from turning up,” he said.
Well known for his sterling on stage performances and thought provoking lyrics, Leonard also expressed optimism about this coming weekend’s shows promising to have his die-hard fans dance their socks off.
“With the reception we had earlier in the year in Venda and last weekend in Johannesburg, we are looking forward to an eager audience who we want to promise a show of the year.”
Meanwhile Mathias Mhere’s team has also landed in Cape Town.
Speaking from Harare earlier, Mhere, of the Favour fame, was upbeat about the shows, “We have toured with other artists and we are honoured to have the chance to share the stage with Leonard Zhakata in Cape Town.
“We are looking forward to dish out our very best for our fans.”
Both artists boast newly released albums that have been well received by many music lovers.
Mathias Mhere’s Nguva yeNyasha is helping to cement his status as a gospel music household name.
Leonard Zhakata’s 2014 release Zvangu Zvaita, carries the hit Dhonza Makomborero that has been received tremendously by both Christians and non-Christians seeing it getting nominated for the ZIMA song of the year award.
The pair will share the stage in Strand on the 1st and in Parow on the 2nd of November.Advertisement