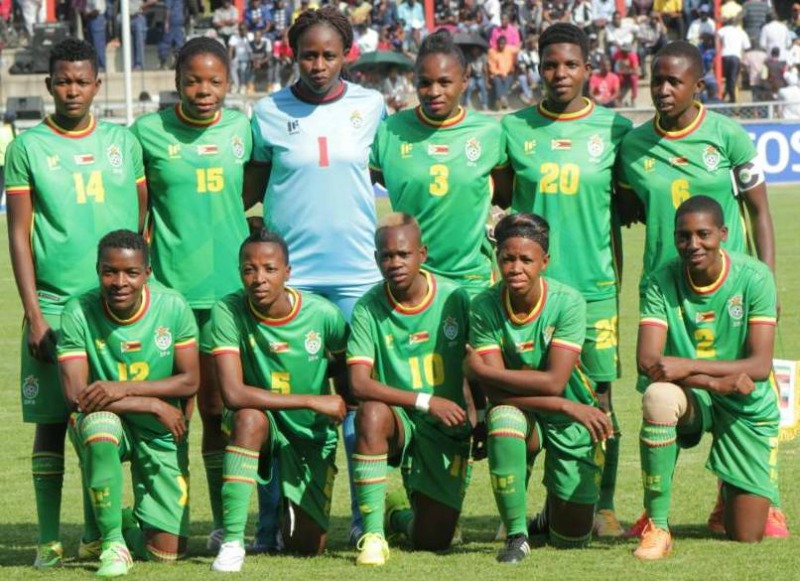 ZIMBABWE’S national women’s football team will face minnows Mauritius in the first round of the 2020 African Women’s Cup of Nations (AWCON) qualifiers, according to the draw conducted by the Confederation of African Football (CAF) in Cairo, Egypt.

The Mighty Warriors, who will be aiming to qualify for the continental showpiece to be hosted by Tunisia, will host Mauritius in the first leg before travelling away in the first round ties which will take place in April 2020, with the first and second leg ties coming between April 6 and 14.

Should Zimbabwe triumph in their first-round tie, they will face the winners of the other first round tie between Zambia and Mozambique in the last qualifying round scheduled for June.

The Mighty Warriors will be looking to reclaim their place amongst Africa’s top teams after failing to qualify for the 2018 AWCON edition.

Zimbabwe, who made their Olympic debut at the 2016 Rio Olympic Games, were also knocked out of the qualifiers for the 2020 Tokyo Olympic Games by neighbours Zambia after losing 5-0 away before boycotting the home leg due to a bonus row with ZIFA.

A record total of 36 women’s national teams took part in the qualifying tournament for the 2020 AWCON, surpassing the 25 teams that entered the qualifiers for the ongoing 2020 Tokyo Olympics Games held on February 22, 2019 at the Caf headquarters in Egypt.

In some of the qualifying fixtures, Zambia are drawn against Mozambique, and Malawi will take on Eswatini, while Namibia will be up against their Cosafa rivals Botswana.

Gabon will play against Central Africa Republic and Angola face Congo, while the Democratic Republic of the Congo tackle Sao Tome and Principe.

Gambia will restart their maiden qualification campaign against Guinea Bissau, while Togo will aim to see off Niger, and Algeria will have Burkina Faso to contend with for a spot in the next stage.

Eight nations have been given byes into the second round, including defending champions Nigeria along with Equatorial Guinea, Cameroon, Morocco, Mali, Ghana, South Africa and Cote d’Ivoire.

The second round matches are scheduled to be played between June 1 and 9, 2020. The 11 winners of the second round have secured automatic qualification for the 12-team final tournament billed to be staged between November 23 to December 1.