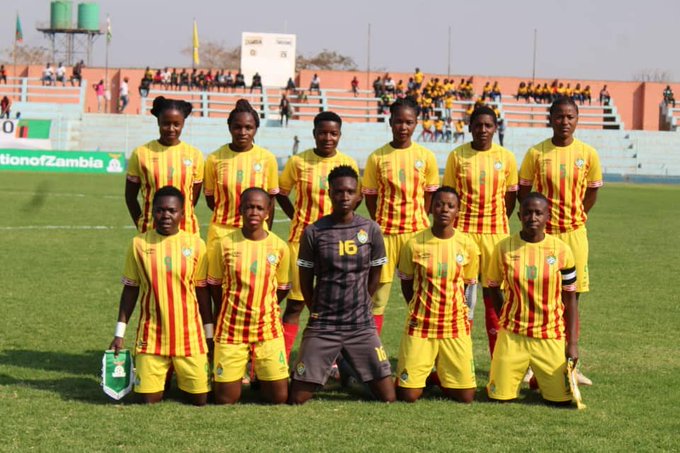 THE Zimbabwe senior national women’s football team is set to make a return to competitive action for the first time in four months after ZIFA secured an international friendly match against neighbours South Africa later this month.

The Mighty Warriors last played competitive football in November last year when they featured at the 2020 COSAFA Championships held in Port Elizabeth.

Zimbabwe, who did not prepare adequately in the lead up to the regional tournament due to the Covid-19 pandemic, endured a disappointing campaign after bowing out in the group matches, winless and goalless after three matches.

After the lengthy spell on the sidelines, the Mighty Warriors will return to action on April 13 in a high profile international friendly against Banyana Banyana at Bidvest Stadium in Johannesburg.

While for Zimbabwe, it will be their first match in four months, for the South Africans it would be their second game inside a week as they would have played against Zambia in another friendly three days earlier.

Confirming the development, the South African Football Association (SAFA) said in a statement: “The South African Women’s National Team will face neighbours Zambia and Botswana on Saturday, 10 April and Tuesday, 13 April 2021 respectively. The clashes will both take place at the Bidvest Wits Stadium in Milpark, Johannesburg and will kick off at 15h00.”

The Southern African teams are using the friendly matches to prepare for the 2022 CAF Africa Women’s Cup of Nations (AWCON) qualifiers which will be played later this year.

Morocco will be the host country for the 2022 AWCON tournament following the cancellation of last year’s tournament.

Congo had been due to host the competition last year until they pulled out in July 2019, leaving the event without a host.

The event was cancelled due to the coronavirus pandemic a year later.

Before the cancellation, CAF had made a positive step with the expansion of the African Women’s Cup of Nations from eight to 12 teams, which was the first change to the format after 11 editions.

Besides that, a record total of 36 national teams have entered the qualifying tournament for the 2020 Awcon finals, with 11 countries expected to make it out of the qualification series.