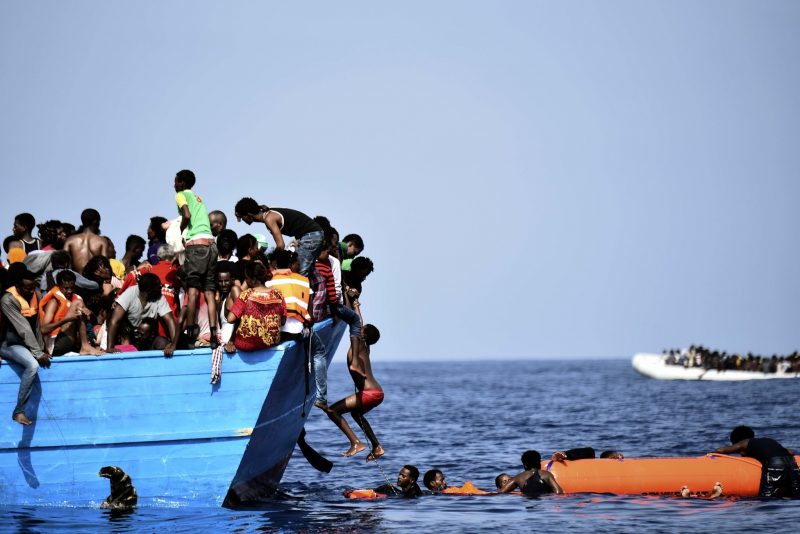 Italy had earlier highlighted the lower overall number of deaths last year, due to fewer people making the crossing.

The report came as seven European countries agreed to end a row over 47 rescued migrants, stranded on a humanitarian boat for 12 days.

Sea Watch, a German humanitarian organisation, had taken Italy to the European Court of Human Rights after it pulled the migrants from the Mediterranean near Libya on 19 January.

Italy’s populist government, which has taken a hardline stance on migrant boats, refused to allow the boat Sea-Watch 3 to dock, so it remained moored off Sicily.

On Wednesday, Italian PM Giuseppe Conte said the 47 migrants would be allowed to disembark after “a list of friendly countries”, including Italy, agreed to take them in.

Italy’s Interior Minister Matteo Salvini has been vocal about his country’s opposition to immigration, which was a key part of his election campaign.

In a letter published in Italian newspaper Corriere Della Sera (in Italian), published on Tuesday, he wrote: “In 2018 there were fewer deaths, 23,370 landings compared to 119,369 the previous year. The trend is also confirmed by the first few weeks of 2019.”

But the latest report from the UN refugee agency (UNHCR) highlighted the higher rate of deaths among those who did make the journey, pointing to the difficulties faces by humanitarian rescue groups as the cause.

“Although the overall number of deaths at sea in the Central Mediterranean more than halved in 2018 compared to the previous year, the rate of deaths per number of people attempting the journey rose sharply,” it said.

“It is likely that reductions to search and rescue capacity coupled with an uncoordinated and unpredictable response to disembarkation led to an increased death rate,” the report said.

An estimated 2,275 people died making the journey in 2018 – an average of more than six every day.

The death toll was particularly high on the route to Spain, where it was more than four times the 2017 figure.