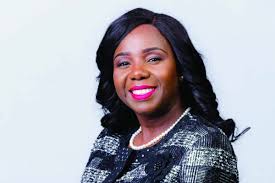 FORMER MDC-T leader Morgan Tsvangirai’s daughter, Vimbai has wadded into the storm around the role of the military in Zimbabwe’s elections insisting the country’s defence forces were too disciplined to block another opposition victory in this month’s elections.

While opposition MDC Alliance leader Nelson Chamisa continues to raise fears of vote fraud which he has followed up with demands for reforms prior to the polls, Vimbai said an overwhelming turnout by the coalition’s supporters at the ballot booth July 30 will render any attempts to tamper with the result null and void.

“Some seem disillusioned because they think this election is already rigged and the army will not hand over power. I am telling you the military has no choice but to hand over power once we win this election,” said the late Prime Minister’s daughter at an MDC Alliance rally weekend.

She added, “Remember last November that the army marched with us (to demand former President Robert Mugabe’s removal).

“They know the power of the people; ZDF (Zimbabwe Defence Forces) is an institution and they will give us that power.”

Last week, the military assured the public it had no sides in the country’s electoral race but came short in openly admitting it was going to go by the will of the people in the event of an opposition victory.

The military’s vows past years they were not going to countenance an opposition take-over of the country, coupled with a bloodbath that followed an MDC-T victory 2008, still remain fresh in the memories of many.

The country’s defence forces are yet to make as unequivocal a statement, something that continues to cast doubts they will indeed keep to their fresh word.

But Tsvangirai’s daughter warned a negative approach by the opposition could work against it.

“So, let us stop the rigging narrative and go out in our numbers to vote.

“Our leader Chamisa must win by more than 3 million votes. That way we will leave no one with any doubt of the people’s aspirations,” she said.

Vimbai, who is MDC Alliance candidate for Glen View South, declared she was ready to step into the big shoes of her father to take his legacy forward.

“I am here to carry forward my father’s legacy,” she said.

“Tsvangirai was a fighter all the way until his death. So, we must fulfil his wish by making sure President Chamisa wins this election,” she said.

The former Prime Minister died of a long battle with colon cancer on Valentine’s Day this year.