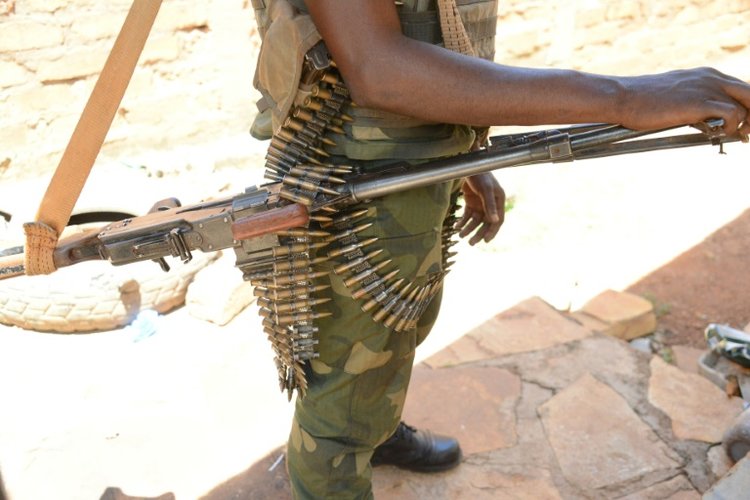 Three more civilians were wounded in Beni town by an explosive device on Thursday night, an official source said, in a new tactic in a region beset by militia violence for decades.

The killings on Thursday in the Mbau region north of Beni have been blamed on the Allied Democratic Forces (ADF), a militia group responsible for a string of massacres since the start of November.

“Sixteen decapitated bodies have been found in searches that started in the evening,” Jamal Moussa, spokesperson for the network of civil society organisations in Mbau told AFP.

The massacre targeted the small village of Mantumbi.

“The ADF terrorists attacked in daylight (on Thursday), first in the bush where people were in their fields, and then in the village,” Moussa said.

DRC forces launched operations against the ADF in the eastern region at the end of October. But in response the ADF has carried out massacres, in an apparent bid to discourage civilians from helping the military.

At least 100 people have been killed since November 5 in attacks blamed on the ADF, an Islamist-rooted militia with origins in Uganda.

No military sources would officially confirm Thursday’s report, but the Congolese army and UN troops deployed to the vast country have announced joint operations against ADF forces in the Beni region.

Another civil society group, Lucha, reported a toll of at least nine people killed near Mbau.

Two passengers on a motorbike later threw an explosive device which blew up in the market, wounding three people, said Alois Mbwarara, administrative chief of Rwenzori, one of the four districts of the town.

“The ADF, on the run from the Congolese army, now uses their stooges in the town for acts of sabotage,” he said. “The army is analysing debris to determine whether it was a homemade bomb or a hand grenade.”

The last time an explosive device was used in Beni was in 2007, the official added.