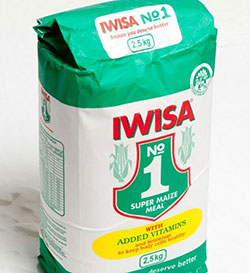 GRAIN millers and farmers representative organisations have come together in a bid to shore up the local maize producer price as well as either reduce or completely “eliminate” imports of maize meal from the region.
There is concern that imports cheap from the region are depressing local maize prices in a development that is forcing farmers to quit production of the crop.
The Grain Millers Association of Zimbabwe (GMAZ), the apex representative body of the milling industry in Zimbabwe, signed a joint paper with the Zimbabwe Commercial Farmers Union (ZCFU) and the Commercial Farmers Union (CFU) on Wednesday.
The deal provides for mechanism to ensure that local maize producer prices increase to US$340.00/T with proposals having already been submitted to the Ministry of Finance.
Additionally, the groups propose the reduction of maize and maize meal imports which are causing depression of maize prices to the current levels of US$220.00 per tonne.
This will be done through the application of Surtax which will ensure that imports glut of Maize meal is eliminated.
Zimbabwe’s neighbours have recorded bumper maize harvests. Zambia has an excess of 1 Million tonnes of maize, Malawi with 0.6 million tonnes and South Africa has a staggering 3.8 Million tonnes.
What this means is that Zimbabwe becomes the only market for Malawi, Zambia and South Africa with expected parity expected in two weeks to be at USD220.00 per tonne.
“Imported Maize Meal prices are likely to dip in the next three weeks to about USD290.00 per tonne. This is not good for local maize agriculture,” said GMAZ.
“We sincerely believe that our joint paper signed today provides the requisite solutions to protect and promote all players in the maize value chain. The players are farmers, millers, traders and consumers.
“If these measures are implemented, prices of maize meal will remain stable and off take of local maize will increase sales for seeds and other inputs will jump and farmers we will be able to prepare adequately for the next farming season.”
Production of winter wheat in Zimbabwe is expected to decline this year following a reduction in area put under the crop this winter from 4,000 hectares last year to about 3,000 hectares.
ZCFU president Wonder Chabikwa recently said that the country should expect less wheat because farmers did not receive enough funding to grow the crop.Advertisement

It costs approximately US$1 200 to grow a hectare of wheat in Zimbabwe against $230 in Ukraine and $600 in Australia.
“Summer crops were also harvested late so farmers could not prepare land on time for planting of the winter wheat. We expect about 3 000 hectares to be put under winter wheat. At the moment the planted crop is doing well and is at pillaring stage,” he said.
Government has, however, projected that wheat production will improve by 17,6 percent from 24 700 tonnes in 2013 to 29 000 tonnes in 2014.
Meanwhile, Chabikwa said the deadline for planting wheat had passed so farmers should concentrate on growing other crops.
“We look at 25 May as the cut-off date. The crop has optimum planting date for optimum yields. I therefore, urge farmers, who could not meet the deadline to go for other horticulture crops like potatoes,” he said.
Reduced wheat production results in shortages of some basic commodities and related agricultural products in the near future.
Wheat production is estimated to have declined from 33 700 tonnes in 2012, to about 24 700 tonnes in 2013.This is on account of declines in the area planted from 11 600 hectares in 2012 to around 8 500 in 2013.