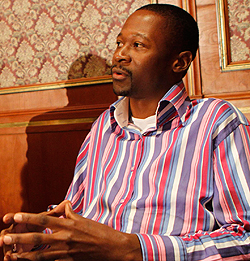 RECENT public utterances by Emmanuel Makandiwa of the United Family International Church, backed fellow charismatic preacher, Walter Magaya of the Prophetic Healing and Deliverance Church, purported to be a holy vision opposed to mass action against the establishment cannot and should not go unchallenged, for it sets a bad precedent in the fight for emancipation and poverty eradication in the country and Africa in general.
Makandiwa, being a messenger of God, as he claims, through whom the Almighty reveals his secrets to his people, claims to have seen a swarm of bees sweeping out from one end of the forest before being confronted by another, with the tragic end being rivers of blood across the land. Either by coincidence or design, the revelation came within the backdrop of calls by the opposition for mass action against the establishment over the country’s deepening socio-economic and political fortunes. In this regard, Makandiwa, being a man of God occupies a strategic position in society, posted high on the watchtower, guarding society against impending danger.
Regrettably, neither the UFC founder, Magaya nor any of the charismatic prophets that roam this impoverished Southern African state will extricate their thousands of followers, let alone the general populace, from poverty in spite of the high hopes heaped on prosperity theology. Instead, their teaching nurtures and propagates the poverty that the prosperity gospel purports to fight while enriching its founders who have turned into multi-millionaires overnight. In fact, charismatic preachers, Makandiwa included, collude with the establishment to perpetuate poverty, for it is in poverty that prosperity theology flourishes better than in any other environment.
Indeed, there exist a symbiotic relationship between the Mugabe regime and charismatic preachers, implying that Makandiwa, along with Magaya and the other mushrooming prophets, need Mugabe and his establishment in as much as the dictator thrives on them to perpetuate his grip on power, prolonging the suffering of millions, 34 years after independence. Doesn’t Psychology Maziwisa, double as Zanu PF’s deputy director of information as well as being Makandiwa’s spokesperson? And, who claimed recently that Makandiwa is the greatest prophet of all time after Isaiah of the Old Testament? It is one thing for Makandiwa to exercise his freedom of association by being a Zanu PF member and a different scenario altogether for the preacher to collude with the regime in suppressing freedom of expression by the oppressed as evidenced by his dubious vision of bees.Advertisement

In fact, Makandiwa and Magaya as well as the plethora of marauding prophets who have mushroomed at the height of the country’s socio-economic and political meltdown need Zanu PF for survival in as much as the latter thrives on them to entrench its dictatorship. It is under Mugabe’s dictatorship and poor governance that poverty arises which in turn is exploited by charismatic preachers to draw crowds.  It follows that the appeal of prosperity gospel is diminished once poverty is removed from the equation and without it, charismatic preachers lose a following, hence Makandiwa’s opposition to the gospel of emancipation on the feeble grounds that it results in loss of life and the destabilisation of an already fragile economy.
The preacher thrives on the poverty of his followers to fleece them of the little in their possession. As such the threat to the status quo implied by mass action is viewed as a dangerous precedent by charismatic preachers because it could result in the elimination of the poverty which happens to be the bait that the very preachers rely on to lure congregants. Makandiwa, just like Magaya and others, therefore celebrate poverty that has its roots in dictatorship and poor governance. Indeed, contrary to the notion that prosperity gospel enriches its followers, it actually only enriches its founders while perpetuating the suffering of ordinary congregants who are made to survive on hope.