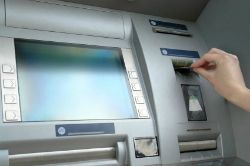 MUTARE: Deposit Protection Corporation (DPC) has millions of dollars in uncollected cash as many depositors of collapsed banks have not claiming their money, an official has said.
DPC Chief Executive Officer, John Chikura, said this during a breakfast meeting with bankers and media on Friday.
A number of banks in the country collapsed in recent years leaving huge amount of depositors money trapped in their accounts.
Chikura said his organization has millions of dollars that are lying idle and needs to be collected by depositors.
“We have millions of dollars in uncollected deposits. Many depositors of collapsed banks are not coming through to claim their money,” he said.
Chikura said a lot of money is not being claimed because depositors with low amounts are not claiming their deposits.
He urged depositors of collapsed banks to visit nearest Post Offices and fill in some forms, adding that the service is absolutely free of charge.
“Maybe they feel that the cost of pursuing it is higher than the amount but it’s quite a substantial amount of money,” Chikura said.
Meanwhile, Chikura said DPC is assisting struggling banks to stay afloat by charging a flat deposit insurance rate.
“While bigger and less risky banks are crying foul, we are reluctant to comply to their demands as small banks are still shaky and we can’t charge them higher premiums,” said Chikura.
He, however, said once the economic environment improves they would move away from the flat rates.
Big banks are paying more under the current regime because they have higher depositor bases.
“They are complaining saying it’s unfair because they feel they are paying a lot of money but it is the smaller banks that are risky,” Chikura said.
DPC is a bank deposit guarantee scheme which ensures that depositors are reimbursed part or all of their deposits in the event of a bank failure.
The DPC Act provides that pay outs should commence as soon as possible from date of closure of a contributory institution.
Chikura said balances less than $500 are paid if depositors submit their claim form while those above $500 will paid through the liquidation process on a pro-rata basis.Advertisement