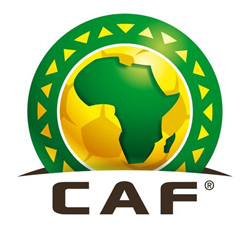 A controversial former minister who coordinates armed groups in conflict-hit Central African Republic was on Friday elected to the governing board of Africa’s top footballing body.
Patrice Edouard Ngaissona, who is Central Africa’s football chief, was elected following a vote in Casablanca among delegates at the Confederation of African Football’s general assembly.
He was elected to the board seat representing eight central African nations, winning by 30 votes compared to his Gabonese rival, who got 23.
Ngaissona is responsible for coordinating the so-called anti-balaka militias which emerged after civil war broke out in 2013 with the purported aim of defending Christian communities from mostly Muslim rebels.
Since then, thousands of people have been killed in deadly clashes between the rival armed groups and more than a million forced to flee their homes, UN figures show.
In 2015, he was barred from running in CAR’s presidential elections over concerns about his role in the violence.
“If the allegations were true, I wouldn’t be here today,” he told AFP on Friday, saying he didn’t want “to mix politics and sport.”
“Everything I’ve done has been for the good of my country.”
Before the violence erupted, Ngaissona briefly served as minister of sport under former president Francois Bozize, whose overthrow in 2013 by mainly Muslim Seleka rebels triggered the conflict, which raged for the next two years and flared up again in late 2016.
Since 2013, Ngaissona, who is in his 50s, has described himself as the “political coordinator” of the anti-balaka groups which were formed as a reaction to the balaka machetes used by Seleka rebels.
His candidacy for the CAF board was approved in January by the executive committee “which respects strict statutory criteria,” a spokesperson told AFP, saying the body did not have an ethics committee.Advertisement