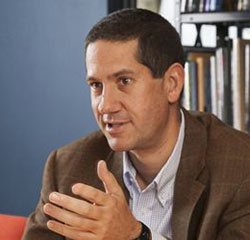 MIMOSA Platinum Mine’s revenue for the quarter to June this year surged 26 percent to US$79 million from US$63 million in the previous quarter following a substantial increase in production.
Parent company Aquarius Platinum said PGM production at the Zimbabwean mine increased 17 percent to 60,818 PGM ounces quarter-on-quarter.
The increase was due to improved stability of the plant compared to the prior quarter when a number of challenges were experienced.
Volumes processed increased 14 percent while the head grade was static at 3.67g/t. Recoveries decreased 0, 5 percent to 77 percent and gross cash profit margin for the period increased from 26 percent to 30 percent.
The group said stockpiles at the end of the quarter totalled approximately 165,102 tonnes.
Total capital expenditure for the fourth quarter amounted to US$6,8 million which was within the guidance provided by the company.
Stay-in-business capital expenditure was US$99.74 per PGM ounce for the quarter.
Commenting on the performance Jean Nel, chief executive officer Aquarius Platinum said Mimosa delivered a credible production and cost performance despite implementing a significant voluntary retrenchment program during the quarter.
“This program is expected to contribute to lower costs at Mimosa going forward.”
Nel said the outlook was positive, with European vehicle sales climbing in the past three months. This had helped improve consumer confidence and global market sentiment.
“The introduction and implementation of Euro VI emissions legislation have also provided support to PGM prices,” he said.
“Aside from the growth in Europe and the US, growth elsewhere appears to still be making up the ground lost… with China continuing to impress with rapid growth in auto sales volumes.”Advertisement