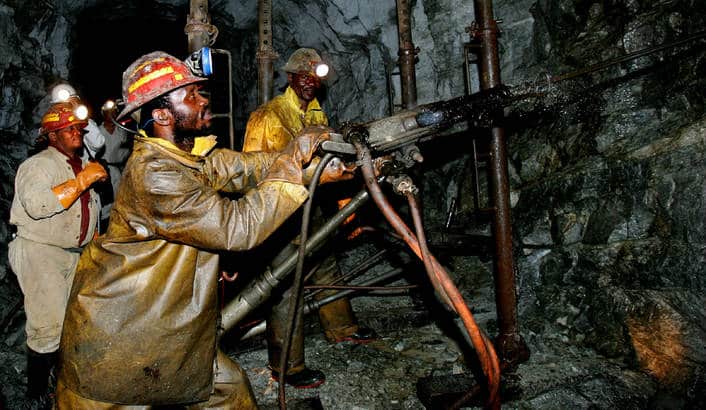 MINE workers have dismissed the recent salary increments proposed by the National Employment Council (NEC) of the mining industry saying they fell far short of expectations.

In a statement the Zimbabwe Diamond and Allied Minerals Workers Union (ZDAMWU) said the recent salary adjustments were a farce.

“The increments are nothing but actually a selling out salary negotiation outcome,” ZDAMWU General Secretary Justice Chinhema said.

Workers in the mining sector have been awarded between 46% and 50% wage increase, which will see the lowest employee earning ZW$45 000 from ZW$30 000 a month following a recent agreement between the Associated Miners Workers Union of Zimbabwe and the Chamber of Mines.

According to the National Employment Council (NEC) of Zimbabwe for the mining industry, the workers will also get foreign currency component ranging between US$198 and US$460 respectively.

“This is a mockery for the mine workers considering that the Poverty Datum Line (PDL) is pegged at ZW$70 000 and most mining districts across the country are using USD, Rand’s and Pula.”

“As workers we have lost faith with individuals who are purporting to be representing workers at NEC but in actual fact are representing their own selfish interests,” Chinhema said.

Chinhema said the union is calling for a minimum pegged around USD $400 paid as per retention is at least acceptable.

“We need to at least revert to 2018 structures of USD$286 and the remaining balance in RTGS. Workers are also expecting a COVID-19 allowance since they have worked, and profits realized by these capitalists. The AMWUZ grouping is tired and the individuals who seats in the NEC meetings are all retirees who need rest,” said Chinhema.