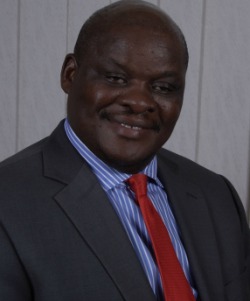 MINING companies paid US$81.1m into the country’s coffers in mineral royalty payments during the first half of 2013, it has been revealed.
Zimbabwe relies heavily on mining and agriculture to boost its struggling economy against the backdrop of poor performance in the manufacturing and industry sectors.
The mining sector, which has been projected to grow 17% in 2013, is, however, facing increased threats to its growth prospects, with officials and analysts blaming the decline in international commodity prices.
Mining royalty payments for the first half period missed the $107.8m target set for the period.
However, revenue collections from mineral royalty payments grew 25% during the period under review compared with the same period in 2012.
There are discussions between the government and mining industry participants to have the mineral royalties lowered to facilitate investment and expansion in the sector. Indications from industry sources are that the government is keen to lower the royalties and other mine taxes to attract investment in the sector.
“The depressed performance of the revenue head (item) was mainly due to the softening of international mineral prices, especially gold and diamonds,” said Sternford Moyo, chairman of the Zimbabwe Revenue Authority.
Zimbabwe could have bagged more, especially from the diamond mining companies, but Finance Minister Tendai Biti has persistently raised concerns over the manner in which diamond mining revenue is handled.
He has claimed that diamond mining companies are not remitting in full the proceeds due to the state from such mining, with civic society organisations alleging the money is being used to fund the election campaign of President Robert Mugabe’s Zanu PF party – although it has refuted this.
The country’s mining sector is also dominated by gold producers such as Metallon Gold, New Dawn Mining and Caledonia Mining Corporation, as well as other groups such as RioZim, which jointly operates the Murowa diamond mine with Rio Tinto.
During the period under review, Zimbabwe earned $1.73bn in gross revenue collection against a target of $1.67bn. Second-quarter overall revenue collection amounted to $873.6m, which missed projections by 6%.
Moyo said the period was characterised by “power shortages, retrenchments, scaling down of operations, and company closures”.
Excise duty collections firmed 4% to $235.5m against a target of $226.8m, with excise duty on beer accounting for about 21% of this while tobacco and second-hand vehicles also made significant contributions.Advertisement

“Excise duty on fuel was the main contributor of revenue under this revenue head, giving 69% of the excise duty realised. Beer came second with a 21% contribution,” Moyo said.
Delta Corporation has previously said that excise duty on lager beer, which was increased from 40% to 45% of the manufacturer’s price effective December 2012, has “been disruptive on both volumes and retail pricing” due to a lack of small-denomination coinage in the country.