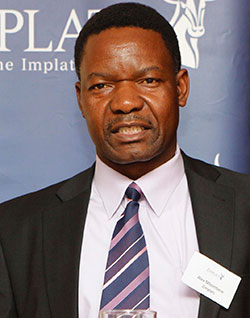 THE Chamber of Mines has said mining companies will son engage with the government to pursue “growth and development” in the sector.
“Members of the Chamber of Mines of Zimbabwe are ready and fully committed to play their part in working with the new government to grow and develop the sector and ensure that its full potential is unlocked,” said Alex Mhembere, the Chamber president who is also CEO of Zimplats.
Mining, a major contributor to the country’s economy in the past three years, is facing headwinds and experts say investors in the sector are concerned by unfriendly policies and high taxes.
This has resulted in foreign investment in the sector declining and exploration projects being put on hold, they say.
South Africa’s powerhouse mining groups, Impala Platinum, Aquarius Platinum, Anglo American Platinum and Metallon Gold, all have significant operations in the country. Other major international mining groups that have exposure to the country include Rio Tinto and gold miners Caledonia Mining Corporation and New Dawn Mining.
Indigenisation agreements signed by the mining houses are likely to be reversed in favour of new statutes ruling out monetary compensation for empowerment transactions.
President Robert Mugabe said after his seventh inauguration on Thursday that “our policy is indigenisation, it was the centrepiece of our election manifesto”, and singled out mining and the financial services sectors as key focus areas.
“The mining sector will be the centrepiece of our economic recovery and growth. It should generate growth spurts across sector, reignite that economic miracle which must now happen,” Mugabe said on Thursday.
He said the mining sector had “shown enormous potential, but we are far from seeing its optimum. We need to intensify the exploitation of existing deposits.”
Mhembere said “the Chamber of Mines of Zimbabwe takes note of the president’s focus on mining as pivotal in the economic transformation agenda”.
A mining executive said mining groups had limited options but to toe the line of Mugabe and Zanu PF on policy issues.
Zimbabwe has vast deposits of minerals such as platinum, gold, diamonds, nickel and copper.
The platinum miners have in the past few months faced increased pressure from the government to set up a refinery inside the country although Mhembere has previously said that power supplies should be guaranteed first and output boosted.Advertisement