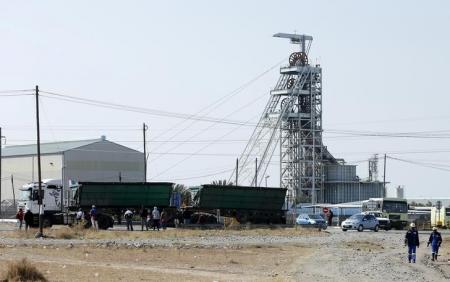 THE black economic empowerment legal battle engulfing South Africa’s mining industry could be resolved outside the court room, as miners hold private talks with government, the head of the Chamber of Mines said on Tuesday.
Empowerment goals set by the mining charter a decade ago to readdress the exclusion of ‘disadvantaged’ South Africans from the mining industry, required that black partners own 26 percent of companies by 2014.
Data from South Africa’s Department of Mineral Resources, published in May, showed that the mining industry had failed to meet those targets. This was challenged by the Chamber of Mines, which took the government to court.
“We put in the application, the government has responded, so it is in a court process at the moment and there is no update,” Roger Baxter told Reuters at a gold industry event in Vienna.
“But in parallel to that we are also engaging with government to see whether we can find some kind of solution outside of the court process but that remains in place,” he added.
The Department of Mineral Resources disqualified any transactions where black owners had sold out their shares in the companies, taking down the average empowerment level to 20 percent.
The Chamber of Mines says black ownership of mining companies stands at 38 percent, while the employment equity sits at 52 percent at board level and 42 percent at a senior management level.
“We met all the targets at an employment ownership and employment equity levels and yet the government is saying the mining sector hasn’t complied,” Baxter said.Advertisement