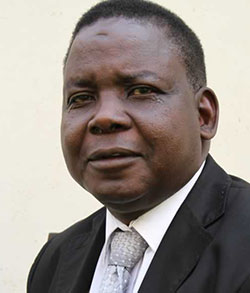 GOVERNMENT attempts to railroad Chiadzwa diamond mining firms into forming a single company operating under its firm control have backfired with a deputy minister admitting in parliament the process was in shambles.
Since the discovery of rich alluvial diamond deposits in Marange 2006, government entered into 50-50 ventures with private firms which had both the expertise and equipment to effectively run the capital intensive but lucrative venture.
The seven diamond miners in Chiadzwa were Anjin Investments, Diamond Mining Company, Gye Nyame, Jinan, Kusena, Marage Resources and Mbada Diamonds.
However, government fell out with the firms amid suspicions they were spiriting away millions worth of the gems under the cover of darkness.
So massive were the illicit deals that President Robert Mugabe in 2016 put the losses at US$15 billion from 2008, the time formal operations began in the area.
Stung by the magnitude of the alleged plunder, government pulled rank and ordered the mining firms to cease operations and pave way for the so-called Zimbabwe Consolidated Diamond Company.
The unpopular order triggered a court challenge by three firms-Mbada, Anjin and Jinan – which were strongly opposed to the merger.
Government was also infuriated by the companies’ failure to honour their obligations under the Marange-Zimunya community Share ownership trust.
Asked by Chief Senator Musarurwa during the upper house’s question and answer session if the consolidated diamond firm was now operational, mines deputy minister Fred Moyo admitted the gamble has run into fresh problems.
“There are some issues which are a problem in this consolidated company,” Moyo said.
“We have three problems. The first problem is that there are some issues which are sub judice and have to be worked out before full implementation.
“The second problem we face is sourcing for mining equipment in order that we can be able to dig out the ore so that we can have enough diamond to reach our planned target.
“The third problem is for us to have the necessary equipment and the qualified personnel to be able to quantify the amount of diamond underground; exploration of the quantity of the diamond mineral in the country.”
Moyo continued: “If we can work all these we will be able to implement the production of the diamond in the country because we need machines which will drill and also, the cleaning of the diamonds. Advertisement

“When we are through with this, especially having gone through this case which is sub judice. We will be able to expand our production.”
Moyo said two of the companies which had also stopped production had now merged into one.
“We are now mining diamonds at a reasonable place. I am sure the diamond production is on the increase,” he said.
The discovery of diamonds in Chiadzwa 2006 was met with optimism by government with then mines minister Obert Moyo saying the country’s financial nightmares were a thing of the past.
But while government has found scapegoats in dishonest partners among the private mining firms in Chiadzwa, it has also failed to wade off similar accusations by citizens who claim top government officials and the military top brass were complicit in the plunder.