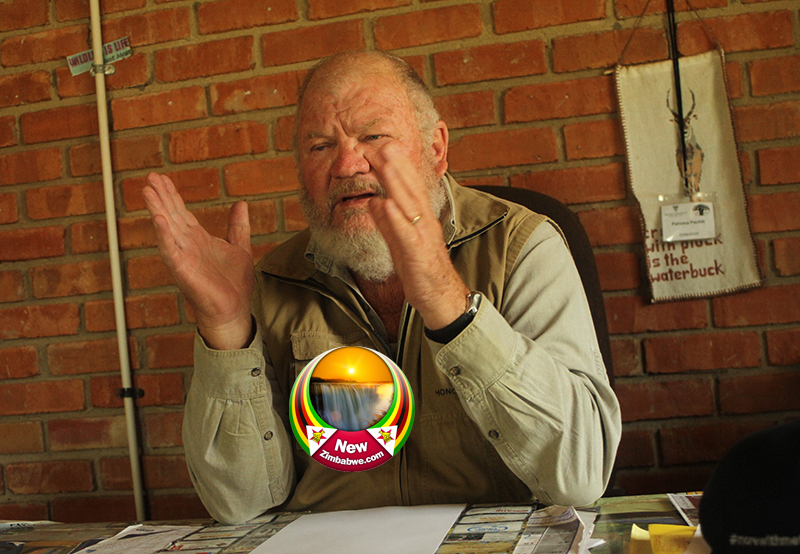 THE Midlands Black Rhinos Conservancy (MBRC) is under serious threat from various challenges, including resettled farmers, mining and poaching, officials have warned.

Currently there are seven rhinos at MBRC.

MBRC conservator David Strydom said weak legislation especially with regard to poaching has seen the Zimbabwe losing out on the much-needed revenue.

“We work with the National Parks of Zimbabwe, they are the custodians. We assist in the protection and maintenance of the rhino.

“The conversancy has one of the biggest populations of plains game in Zimbabwe” Strydom said of the self-funded conservancy which is also home leopards, Sable, Eland and Impala among other animals.

Strydom, who has been with the conservancy for over a decade, said the 63,000-hectare conservancy is depleting drastically.

Portions of land accommodating game at the conservancy have been parcelled out to small scale farmers under the government’s resettlement programme.

The development has restricted the free roaming of game, especially the rhinos.

“The land has been resettled which has seen plot owners coming in,” said Strydom.

“The 12 farms which constitute the conservancy have all been divided up, and that breaking down is restrictive to the rhino.”

The new farmers’ livestock, the conservator added, is also taking up grazing for the rhino.

Turning to the problem of poaching, Strydom said the scourge has affected other animals within the conservancy but not the rhino.

“We have haven’t had rhino poaching for over three years. This conversancy, for two years in a row, won the best rhino conservator in Southern Africa.

“With our work with the rhino, this is something that has not even been achieved in South Africa. The way we protect works for us; we don’t relax our guard for any day.

“The reason being we have the best crushes of rhino the black rhino which is critically endangered species.”

However, while the rhino has been spared, other game within the conservancy is being lost to poaching.

“Poaching has increased terribly. We are losing animals every single day. We have guys coming in for the skin, some shooting animals for meat,” said Strydom.

“We feel the law is not being applied in our favour, but in favour of the poachers which is very frustrating.

“Many a time we have seen poachers being let off the hook simply because the courts will say there was lack of evidence.

“A Sable bull realises between $12,000 and $15,000 if sold on the proper market price. But the poachers are selling the meat for as little as $200, a situation which has seen the country losing out on revenue.”

Mining is also one of the biggest problems facing the conservancy which is close to chrome mining company African Chrome Fields (ACF).

“There is serious depletion of the environment which has been caused by mining activities at the mines (ACF),” said Strydom.

“There is destruction and devastation of underground water systems, all the dams are silted up.

“We don’t have anything against miners, but we feel there is need for environmental stewardship on their part.

“They must take responsibility and rehabilitate the land which they destroy during their operations.”