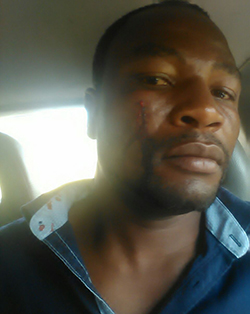 THE Zimbabwe Chamber of Mines said the country’s mineral production during the four months to April brought in US$582,8 million down 11,2 percent from the comparable year ago period.
Gold production of around at around 4,434 kg over the same period earned US$224,7 million, the Chamber revealed
Overall output of the precious metal is however expected to reach 17,000kg from 14,742kg last year as the government is set to regularise and fund the operations of small-scale and artisanal miners.
The mining sector is forecast to grow 17,1 percent this year, up from the 10,1 percent achieved last year.
Platinum output which reached 4,727 kg over the period to April, is set rise to 12,500kg from 10,525kg.
The government believes that small scale miners can contribute upwards of 40 percent of national production if proper funding is availed to them. Last year small scale miners contributed 30 percent.
Zimbabwe’s mineral production in 2012 was lower than in previous years, with gold the only major mineral to post significant growth.
According to latest figures from the Chamber of Mines, mineral production excluding the December figure for coal was US$1,86 billion, which was lower than the US$2,01 billion reported in 2011.
Analysts say even if the December coal production was to be added, it would not result in any significant change as average monthly production for the mineral was at US$7,5 million.
Gold earnings in 2012 rose 18,94% to US$782,75 million but total production  of 14,742 kg fell shy of a targeted 15,000kg. The major gold mines reported record production for the year on the back of improved investment in exploration.
However, lower platinum weighed down the mining industry’s overall performance last year after producers scaled down production owing to a sharp increase in costs largely attributed to the hike in licence fees and taxes which spiked costs against falling global prices.
Platinum production in Zimbabwe in 2011 was 10,524kg, a decrease of 2,79 percent from 2010, and far short of the forecast 12,900kg. As a result, the earnings eased to US$464,51 million in 2012 from US$538,27 million the previous year, a decline of 13,7 percent.
Economists have said the mining sector is the only sector with growth potential, contributing 13 percent of the country’s gross domestic product (GDP), almost matching the 14 percent contributed by manufacturing.Advertisement

Most believe if key challenges such as inadequate capital and energy supply constraints are overcome, the sector can contribute as much as 18 percent to GDP by 2015, and well above 25 percent by 2020.