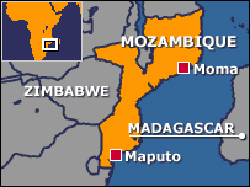 KENMARE Resources has repatriated 62 South Africans working at its titanium mine in Mozambique for their safety after anti-immigrant attacks back home, the Irish mining firm said on Monday.
Kenmare, which has a primary listing on the London Stock Exchange and a secondary listing on the Irish Stock Exchange, said in a statement it was sending the workers back home temporarily for their safety in case of reprisal attacks.
At least seven people have been killed in a wave of anti-immigrant violence that started this month in Durban, a key port on South Africa’s Indian Ocean coast. The violence spread to the biggest commercial city of Johannesburg last week, with police patrolling trouble spots.
The company said operations at its Moma Mine located on the north east coast of Mozambique to continue without significant disruption if the situation is resolved “in the near future.”
Kenmare is the second firm to repatriate South African workers from Mozambique after Sasol sent 340 employees back home for their safety last week.
South African business officials said they were also concerned that other African countries could decide to boycott products or services from Africa’s most advanced economy, which could have significant impact on their operations.
“The concern is the longer this drags on and the more anti-South African business sentiments starts to creep up across the continent then naturally our retail members could come under attack,” Gwarega Mangozhe, chief executive of the Consumer Goods Council of South Africa, which represents over 12,000 members consisting of retailers and manufacturers told Reuters.
Some of the South African firms with branches across Africa include Shoprite, which runs about 300 retail outlets in several countries including Mozambique, Zambia and Nigeria.
Other firms include MTN, Afria’s biggest telecoms firms ranking first by subscribers in countries such Nigeria, as well as its rival Vodacom, logistics firm Imperial Holdings and packaging firm Nampak.
Thousands of foreigners have sought refuge in camps set up in Johannesburg and Durban and the governments of Zimbabwe and Malawi began bussing some of their nationals back home.
Violence flared after Zulu King Goodwill Zwelithini said in remarks widely reported by South African media in March that foreigners should leave the country. Zwelithini has since said his comments were misinterpretedAdvertisement