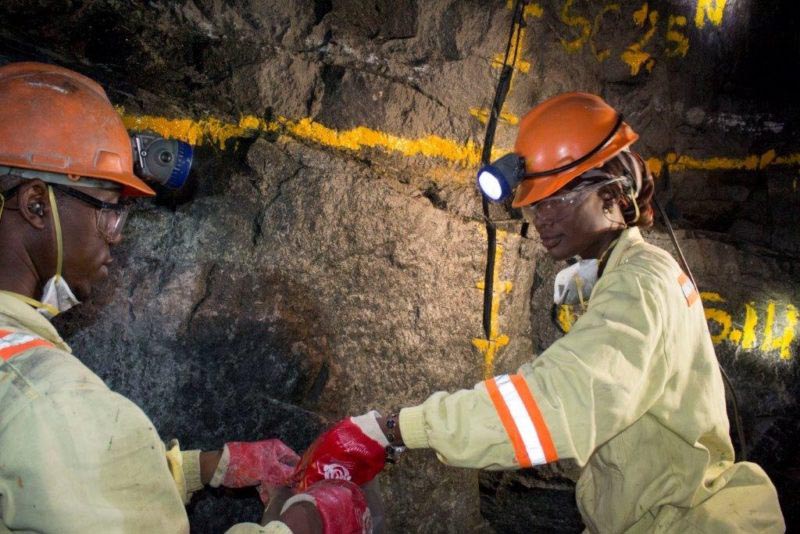 Cypriot investor Karo Resources recently signed a $4.2bn deal to develop a platinum mine and refinery in Zimbabwe, with first production expected in 2020. With the resignation of former President Robert Mugabe, the deal has been heralded as a sign that Zimbabwe is opening up to foreign investment and looking to push its mining sector forward. New President Emmerson Mnangagwa has declared the country “open for business”, so is a mining surge on the horizon for Zimbabwe?

As Zimbabwe’s consul general Henry Mukonoweshuro addressed the audience after picking up a special recognition award at a Zimbabwe Achievers Awards ceremony, he had some encouraging words for the millions of Zimbabweans who have left the country and now reside in South Africa, Europe, Australia and elsewhere.

“You will recall a Zimbabwe that you left probably 15, 20, or 35 years ago, and I think you are still yearning for a return to that Zimbabwe – the bread basket of Southern Africa,” he said. “We believe we can do it together. With the experience that you have gained, with the synergies that you have created in these developed countries, I think you can team up, look north [from South Africa], and say let us trek back together.”

With former President Robert Mugabe’s controversial 37-year regime coming to an end after a military coup in November 2017, it appears there are reasons to be hopeful about Zimbabwe’s future in many areas. For mining companies and investors, the prospect of an invigorated mining sector after years of underdevelopment, alleged corruption and economic decline has sparked cautious optimism.

This optimism has been stoked by new President Emmerson Mnangagwa – former First Vice-President under Mugabe and senior figure in the ruling ZANU-PF party – in his early public addresses as national leader.

“Zimbabwe is open for business and whoever stands in the way, hurting business in this country, will fall,” Mnangagwa said in March. “It is not business as usual anymore, things have to change.”

Zimbabwe is endowed with abundant mineral resources; platinum is the obvious standout, with the country’s reserves second only to neighbouring South Africa, as well as one of the world’s richest diamond deposits in the Marange fields. But there is also significant potential in other resources such as coal and copper, as well as strategic industrial metals.

“Zimbabwe is known for platinum obviously; historically they’ve also had a decent gold mining industry, and they’re endowed with diamonds,” says EY Africa energy and natural resources leader Wickus Botha, based in South Africa. “But then also other minerals, like lithium and chrome, and they have resources there.”

Investment in Zimbabwe’s mining industry under Mugabe has been constrained by many factors, including the 2008 Indigenisation and Economic Empowerment Act, which created a requirement for all mining projects to be 51%-owned by Zimbabwean companies, a move to increase local benefits from mining activities, but one that was also open to abuse and made Zimbabwe’s mining sector an unattractive investment destination.

“What that did was it made things very difficult for foreign investment,” says Botha. “Mining is quite a capital-intensive industry, and even more so it’s a very long-term investment strategy. Anyone who wants to commit that amount of capital is looking for long-term stability and security. What you found over the last number of years was that there was a lot of uncertainty and instability, and so you didn’t see any capital allocation, and that’s why the mining industry didn’t grow in Zimbabwe, and in fact shrunk.”

“If you look at some of the platinum mines, it was 100% capital commitment, which then got diluted without fair-value compensation to a certain level,” Botha says. “So those are shareholders that are just losing value directly. Those things do spook investors.”

Opening up to foreign investment

The signals sent by Mnangagwa have been well-received across the industry, especially the government’s move to modify its project ownership regulations so that the 51% minimum only applies to platinum and diamond projects.

“That’s a significant opportunity for junior mining companies to come and enter some of the other industries,” says Botha. “I think that’s a very positive move.  If you consider the various mining institutions, you’ll see that there’s a lot of mining companies coming to look, attending Zimbabwe-based conferences, spending time there to engage. So there’s certainly some optimism and enthusiasm there.”

Another popular new figure in the Zimbabwean government is Minister of Mines Winston Chitando, former CEO of Mimosa Mining, who has played a key role in early inward investment deals and whose experience in the industry has helped ease the concerns of investors. “It is good to have one of us running the show,” said a German delegate of Chitando at this year’s Mining Indaba event in Cape Town, as reported by a correspondent for the Sunday Independent.

Chitando was central to the signing in March of an unprecedented $4.2bn mining deal with Cypriot investor Karo Resources, which involves the construction of a platinum mine, refinery and associated coal mine and power station in Zimbabwe’s  Mhondoro-Ngezi platinum belt. Works are scheduled to start in July, with initial production set for 2020.

Despite the positive signs, major players in the mining sector are taking a cautious approach to re-engaging in Zimbabwe. Even with the Karo deal, which looks so positive on paper, many questions over funding and local ownership aspects remain unanswered, especially for a huge project set to start development in just a few months.

“It’s encouraging when you start seeing these things, but I don’t know whether this is real or if it’s jumping the gun a little bit,” says Botha.

On a broader level, smaller deals will be possible in the short term, but major mining companies that might be considering multi-billion dollar investments in Zimbabwe are unlikely to dive in until they’re more certain of a stable regulatory regime and political landscape. This is not only a reflection of a ‘wait and see’ approach, but also the sheer time it takes for large-cap miners to bring a large-scale project through the pipeline.

“I would say there’s opportunity and optimism in the medium term,” Botha says. “In the short term, this is not something where you flip the switch and next year you see fantastic results. It takes time to commit capital. The large mining companies go through lengthy, rigorous processes. Their capital commitment strategies are plotted and mapped out a couple of years in advance. Taking a punt on a few hundred million dollars, or a couple of $10m-30m projects – that’s not that risky. But committing yourself to a $1bn-$3bn project, it will go through a lot of board evaluation, and it will need to find a way into the project pipeline. It would need to push something else in the pipeline back, because people don’t have unlimited capital.”

Zimbabwe’s upcoming elections will be a bellwether for the country, both politically and as a signal of stability for investors.

“I think it’s absolutely important that we see how the elections play out,” Botha concludes. “You don’t need to just look at Africa or developing countries – you look all over the world, the largest of the large first-world countries have had some pretty surprising elections, whether it’s Brexit or Trump or in France or Canada. And then when you look closer to home, all the countries around Africa and around Zimbabwe, its neighbours, there have been some very interesting election results recently. So I think there will be a very close eye on that.”