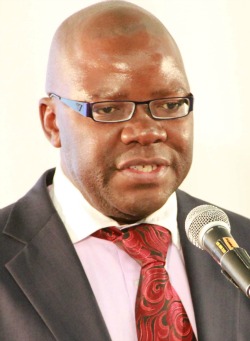 MINING companies contributed $13.5m in mineral royalty payments to the country’s fiscus last month, missing the $20.1m target, Finance Minister Tendai Biti said on Wednesday in his April review report on the country’s economy.
The Chamber of Mines of Zimbabwe wants the government to lower the mineral royalties, which the African Development Bank (AfDB) has already said are exorbitant. Mr Biti blamed the missed target on the softening in international commodity prices.
Analysts said on Wednesday Zimbabwe’s heavy reliance on mining to boost its economy could backfire as lower commodity prices were expected to persist.
“We may end up at the losing end because we are too reliant on mining to boost the economy,” said independent economist Moses Moyo.
“We are expecting the mining sector to drive the economy out of trouble but with global developments dragging mineral prices, we have to look into other ways of stimulating the economy and also look at the contribution of the other sectors of the economy.”
Zimplats CEO Alex Mhembere said at a briefing on Wednesday that the local unit of JSE-listed Impala Platinum contributed nearly $115m to the state in taxes and royalty payments.
He said the company was slowing down on capital expenditure and boosting its volumes.
“This shows that although we aren’t listed on the Zimbabwe Stock Exchange we do contribute significantly to the economy,” Mhembere said.
The Zimbabwe mining sector, in which South African platinum producers Implats and Anglo Platinum as well as Metallon Gold are dominant players, may miss the 17% projected growth target for this year, experts said yesterday.
Biti also said the government was holding off plans to hike mineral royalties to shore up its coffers ahead of elections later this year. “The depressed performance was mainly due to softening international mineral prices,” he said.
AfDB said in its economic review on Zimbabwe for last month that the mineral royalties in Zimbabwe were “still too high since there was a substantial increase of the mining fees in January 2012”.Advertisement