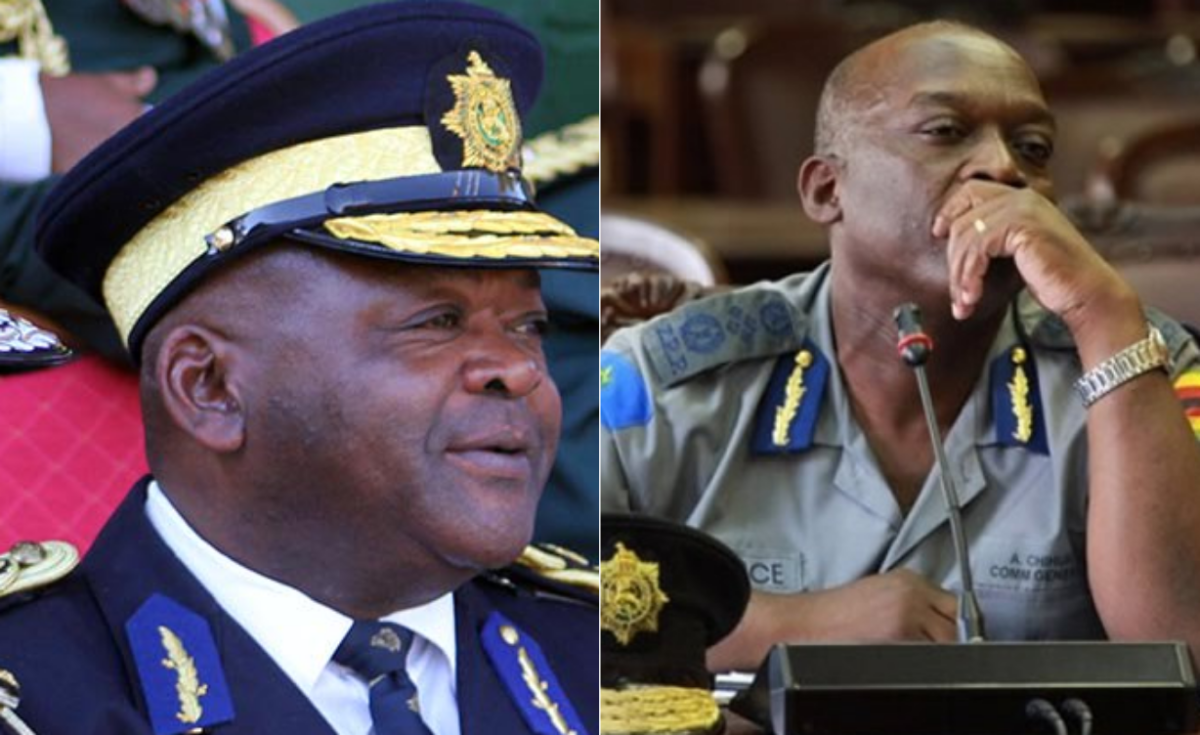 This was after opposition MPs had insisted in parliament recently that the long serving police boss was “tainted” and, hence, incapable of inspiring public confidence in the police force.

Matanga, 55, was deputy to the now retired Augustine Chihuri since 1992.

The country’s police force has been condemned as a corrupt and unprofessional organisation that was also biased towards the ruling Zanu PF party.

Buhera North MP Oliver Mandipaka, a former cop, last Wednesday asked Ziyambi what measures government was putting in place to restore public confidence in the police to which the Minister responded by saying Matanga was equal to the task.

However, Binga North MP Prince Dubeko Sibanda was quick to challenge Ziyambi, saying Matanga was tainted and equally, an “old horse” within the police who has further exceeded the prescribed age limit for employment in the Public Service.

“… How does the Honourable Minister envisage a scenario where that kind of person will turn around and improve the integrity of the organisation?” asked the MDC-T lawmaker.

In his response, Ziyambi took umbrage with the labelling of the police boss as tainted.

“He is a new man on the job. He has been tasked to do a job and casting aspersions on his character without any substantive evidence is wrong,” Ziyambi responded.

He added: “…The Honourable member has indicated that the Commissioner General is tainted and in the absence of what has tainted him, he is deemed to be an innocent man.

“The Commissioner General is a constitutional appointee, appointed by the President, contrary to what he is alleging that he is governed whatever age that he is speaking about.

“He is a constitutional appointee, appointed by the President after consultation with the Minister responsible for police and what I was alluding to is he is a new man on the job; he should be judged according to his own shoes that he wears.”