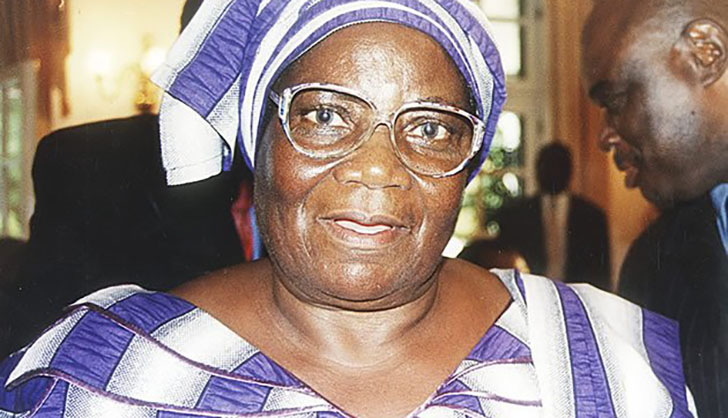 PROCEEDINGS at Independence celebrations in Bulawayo were temporarily disrupted after guest of honour and Bulawayo province resident minister, Angeline Masuku, collapsed while in the middle of reading the president’s speech at White City Stadium on Wednesday.

Masuku, who walks with the aid of a walking stick, started sweating and stammering before whispering to people who were seated around her to come and assist her.

“Please can somebody come and assist me. I am feeling dizzy,” whispered Masuku.

She slumped down while aides were attending to her.

She finally proceeded with her speech after being attended to by nurses.

The resident minister had earlier on taken her time to inspect the guard of honour mounted by the police, army and the prison services.

Before her collapse, she had also repeatedly read the same sentences which she had read before.

Provincial Administrator, Khonzani Ncube told the gathering that minister Masuku had been advised by her doctor to rest but she claimed that the minister had insisted on attending the occasion because she “loves the day”.

The cabinet was largely criticised for being dominated by Zanu Pf loyalists, as well as some officials known for wreaking havoc in their localities.

Masuku’s collapse came barely 24 hours after government fired all striking nurses. Thousands of nurses went on a nationwide strike calling for better salaries and equipment at the country’s hospitals.