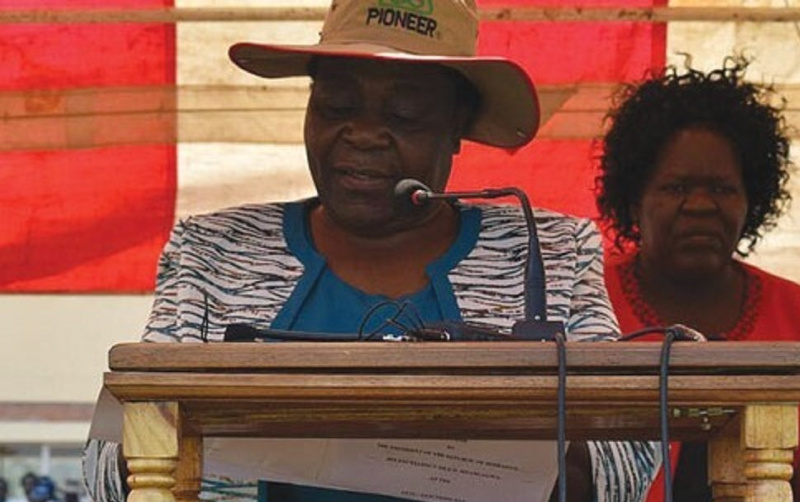 BULAWAYO Provincial Affairs Minister, Judith Ncube Tuesday pleaded with Zimbabweans to transact in the local Zimbabwe dollar in the wake of reports some informal traders were now rejecting $2 and $5 bond notes as well as coins.

Speaking at the memorial service for late national hero Stanley Nleya at White City Stadium, Ncube described as unpatriotic, Zimbabweans who were rejecting their country’s currency.

“I was in Masendu yesterday (Monday) and I received a message that we must encourage the use of our currency.

“No one can fix our country besides us. Our national hero lying here fought his fight and you must not reverse what the freedom fighters sacrificed their lives for. That would be very unfortunate,” said Ncube.

“I was visited by some residents telling me that they reported a neighbour who was bragging that he sneaked into the country evading quarantine.

“They reported that person and I encourage that you do the same with those who sell commodities on the black market. This is not what the sons of the soil like Cde Nleya fought for,” she said.

“There are many who have various challenges and our wish is to assist them and that can be achieved through unity. We have been visiting veterans of the struggle to check on their welfare and assist where we can,” she said.

“We would like to thank President Mnangagwa for honouring our father Cde Nleya,” he said.

“With the new dispensation, we see more Zipra cadres getting the recognition they deserve.

“Had it not been for Covid-19, there would be many more people but because of social distancing, we had to limit the numbers.

“Even those that wanted to bid Cde Nleya farewell, we are sorry that only a few will have to go because of the regulations of Covid-19,” said the former Pelandaba/Mpopoma MP.

He was set to be buried at the National Heroes acre this Wednesday.