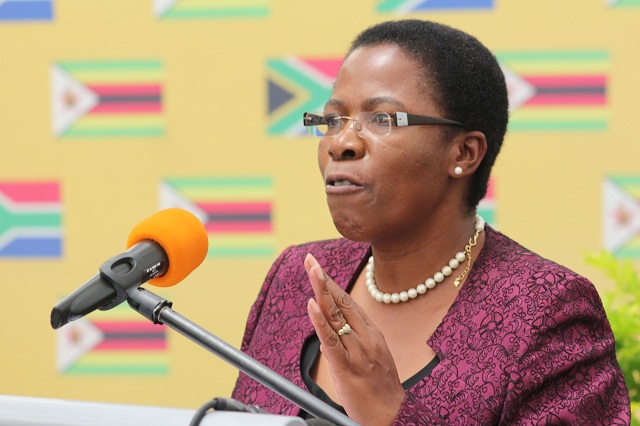 INDUSTRY deputy minister, Chiratidzo Mabuwa, has pleaded with South Africa to exercise her solidarity towards Zimbabwe, saying investors from South of the Limpopo should consider partnering ailing companies in the Midlands province for a mutual benefit.
Mabuwa said Midlands was endowed with natural resources and had great business potential for foreign investors.
“The Midlands province has great opportunities in various sectors including agriculture, mining and manufacturing among others,” Mabuwa said at the Zim-SA Investment and Trade seminar in Gweru recently.
She gave the example of Sable Chemicals which has been using the power consuming electrolysis process to produce ammonia but was now moving to coal gasification.
Mabuwa said the change of the processes required capital injection, an opportunity which she said investors should utilise.
“We have for, example Sable Chemicals, which has been using the costly electrolysis process to produce ammonia (raw material used in the production of nitrogenous fertilisers) but is now moving to coal gasification to produce ammonia,” she said.
“For that process (coal gasification) to see the light the company is looking for investors and partners.”
Over the years, companies that used to be the backbone of Gweru’s economy such as Zimbabwe Alloys, Radar Castings, Zimcast, Anchor Yeast, Bata and Kariba Batteries have either closed shop, scaled down operations or are on the verge of collapse.
“The province is home to two ferrochrome producers, Zimasco and ZimAlloys,” she said.
“Zimasco is now operational but there is need for business partners to engage ZimAlloys so that the sleeping giant can wake up again,” Mabuwa said.
She said other companies that have closed like sole glass manufacturer, Zimglass, provided an opportunity for South African investors.
Mabuwa also referred to other concerns like Ziscosteel and Lancashire. She said once government completed reviving strategies for Ziscosteel, South African firms could provide a market for steel products.
The minister also said Shabanie Mine needed South Africa’s support.
“We continue to appeal to your solidarity against the ban of chrysotile asbestos and a hassle free trans-shipment of asbestos through South Africa,” she said.Advertisement

South African deputy minister in the department of Trade and Industry, Mzwandile Masina, said his country and Zimbabwe had a long history of political solidarity which he said should now be utilised for mutual economic benefits.
“South Africa and Zimbabwe’s political relations must now extend to economic relations,” Masina said.
Masina said South Africa continued to be Zimbabwe’s biggest trading partner and that, between 2003 and 2015, the country invested 20 billion Rand (about 1.314 billion US dollars) in various economic sectors.