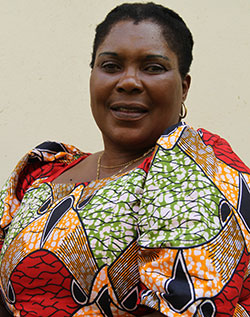 GOVERNMENT must urgently intervene and resuscitate the country’s collapsing dairy sector which used to be a major foreign currency earner, a senior official has said.
Minister of State for Manicaland, Mandi Chimene, made these remarks during the commissioning of a $4 million Dairiboard Holdings refurbished Steri Milk plant in Chipinge this week.
The plant has doubled Dairiboard’s processing capacity to 24 million litres per annum.
Chimene said Zimbabwe’s dairy herd declined from 100,000 in 1990 to only 26,000 cows presently.
“There is need for urgent interventions to resuscitate this once vibrant sector of our economy,” said Chimene.
She said annual milk production increased from 150 million litres in 1980 to peak at 256 million litres in 1990 but has since plummeted to a mere 55 million litres.
“According to the statistics, the country has a processing capacity of 400 million litres a year but is currently operating at 40 per cent capacity utilisation,” said Chimene.
She said the number of registered producers which had increased to 514 in 1990 from 364 in 1980, had plunged to 150 by 2012.
“The dairy herd also declined from 100,000 in 1990 to 26,000 cows currently and this decline in the performance of dairy industry has a direct bearing on national economic growth,” said Chimene.
“Dairy industry is a key factor of the agricultural sector of this country which demands much attention,” Chimene said.
She pledged to support the resuscitation of the dairy industry during her tenure of office as a minister.
“As Government, through our Ministry of agriculture, we should urgently put in place a comprehensive, all inclusive national milk production programme that will ensure that investments such as the one we are celebrating today do not become white elephants,” she said.
The country’s dairy sector suffered a major setback when the Zanu-PF government launched its controversial land grab exercise.
Many farmers were either kicked out of their properties or were forced to flee as the war veterans invaded the farms country wide.
Media reports showed marauding war veterans bringing down farm houses and at times slaughtering dairy cows.Advertisement