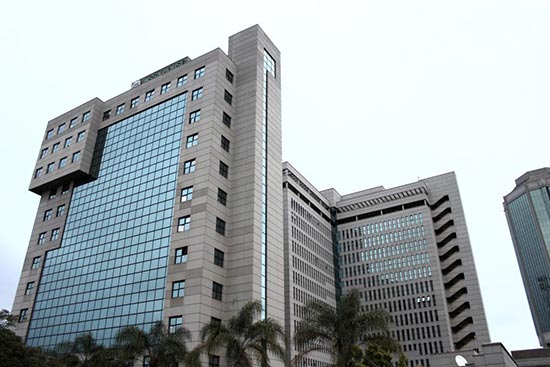 THE country’s social security agent should reduce its exposure on the capital markets and balance its investment portfolio with infrastructure projects and employment creation to help offset an underperforming economy, labour minister Priscah Mupfumira said on Friday.
The National Social Security Authority (NSSA) has in recent times been under fire from hard-hit pensioners and lawmakers who felt that payouts were below the poverty datum line despite investment by the authority in ailing banks and the equities market.
NSSA, which has 70 percent of its investments in the equities market, has interests in 53 of the 59 companies listed on the Zimbabwe Stock Exchange, holding at least 10 percent shareholding in 12 counters.
Mupfumira told the new NSSA board to balance its investment portfolio mix to maximize returns despite an underperforming economy.
The board, chaired by investment banker Robin Vela comes in nearly two years after the tenure of the previous board expired.
Other board members include lawyer, Daphne Tomana (deputy chairman), banker Hashmon Matemera, Nester Mukwena, Eria Phiri, labour unionists Jemina Mateko, Richard Gundane, Memory Mukondoni and a worker representative yet to be appointed.
“The current economic environment will call upon you to review the NSSA investment policy so that it is aligned to the expectations of (the government’s economic blueprint) ZimAsset in terms of development issued. Hence the need to have an investment mix which takes into account the welfare of the pensioners,” Mupfumira told journalists at a function to announce the board.
“It is necessary for the NSSA investment policy to address issues relating to infrastructure development; agricultural production, processing and marketing; small and medium enterprises and housing; especially low income earners.
“We want the investment policy to also focus on issues of creation of jobs rather than simply concentrating on money market investment.”
The labour minister also tasked the new board to formulate policy which reduces occupational fatalities and injuries.Advertisement