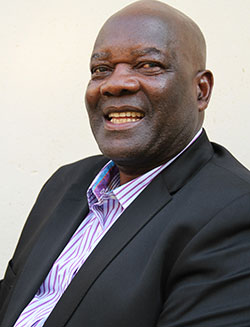 ZIMBABWE’s struggling dairy industry is expected to up its production to 64 million litres annually from the current 57, 5 million by year 2019, a cabinet minister has said.
Agriculture deputy minister responsible for Livestock, Paddy Zhanda, told a gathering during a field day in Rusitu, recently, that government is expected to boost production through assisting small holder farmers with expertise and necessary resources.
The field day was sponsored by Zimbabwe Association of Dairy Farmers (ZADF) to honour outstanding small holder dairy producers in the country.
“We are looking for a surge in milk production to 64 million a year by 2019. There is need to impart knowledge to small holder farmers so that they are motivated to produce more for the country,” said Zhanda, adding that dairy farming is a long term investment.
If the country is to meet its target, Zhanda said, each farmer should have more than seven dairy cows producing at least 19 litres a day each.
“There in need for small holder farmers to adopt best dairy farming practices to improve production. Milk must be locally produced not imported,” said Zhanda.
According to The Zimbabwe Association of Dairy Farmers, overall milk production for 2015 was up 4% to 57, 5 million from 55, 5 million the previous year.
Small holder producers said in order to increase production, government, should avail long term funding so that they increase their herd and encourage new participants in the dairy farming.
Farmers said security of tenure was still a challenge as they cannot access loans from banks. They said their offer letters were being regarded as “dead collateral”
“Government should walk the talk if they are serious about resuscitating the dairy sector,” said one farmer who declined to be named.Advertisement