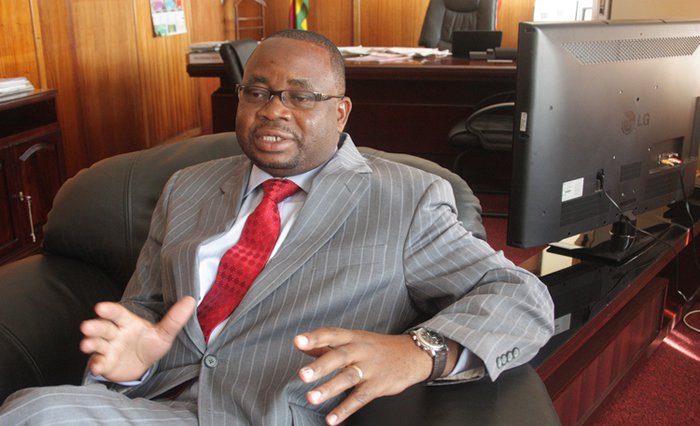 Victoria Falls: Primary and Secondary Education Minister, Professor Paul Mavima has admitted the country’s education system was deteriorating after it has, in the recent past, allegedly been churning out a “generation of hopeless” citizens who could not positively contribute to their country’s economic progress.

Mavima was speaking while officially opening the National Association of Secondary Heads (Nash) conference in the resort town on Thursday.

He was responding to concerns by school heads about the new education curriculum which they said did not properly prepare learners for tertiary education or employment in the industry.

Mavima partly blamed the demise of the education system on school teachers as he implored them to play their own part in socio-economic transformation of the country.

“I want Nash to spearhead better ways and make suggestions on the way we can unlock some of the problems we face in implementing the new curriculum.

“I am calling for transformation because the country lost a decade of economic development. We created a full generation of hopeless people who can only realise value in themselves outside and not here,” said Mavima.

He said government and the education sector had collectively failed the country, hence the need for closer cooperation.

The controversial learning regime was strongly resented by educators who saw it as overburdening them with extra responsibilities which had no relevance to the country’s learning environment.

The new education curriculum was introduced ostensibly to equip learners with lifelong skills and prepare them for the future.

However, the new Emmerson Mnangagwa administration has initiated a process of reviewing the same new curriculum.

Mavima said the kind of education had been outdated and producing people who cannot add value to the economy.

He said: “When you see a majority of Zimbabwe applying for birth certificates and passports, don’t think they want to get documents to visit and come back. They are trying to secure lives of their children outside the country.”

The Minister urged teachers to play a leading role in transformation of an education system tailored to produce pupils who are marketable to business and industry.