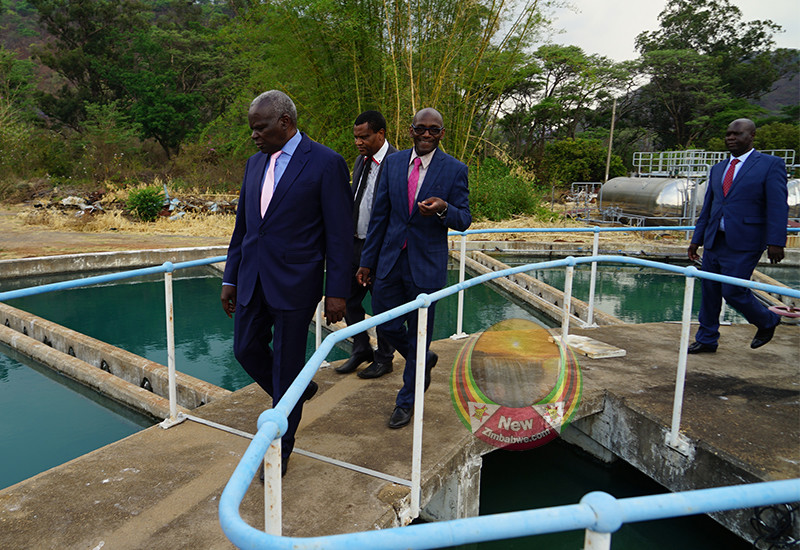 LOCAL Government, Minister July Moyo has bemoaned the serious water shortages being faced by Harare and has urged government and the local authorities to work together for the good of the people.

Speaking during a tour of the Morton Jaffray water treatment plant Moyo told the local authority officials that central government and council should put politics aside and work together to solve the water crisis that is being faced by the residents.

“Every act that is undertaken by council there is an Act of Parliament which is administered by a Minister in central government. So officials who are dealing with water situations they go to the Water Act to see what requirements are needed and also makes sure that Harare City council follow those requirements,” said Moyo

“So at political level, I have no problem in working with any council both urban and rural. When am working with them I look at them as civic leaders,  I am not looking at their politics.

“When they want to do their politics they go somewhere and when am doing my politics I go somewhere. When we are in council we want to solves the problems of the people.”

Late last month the acting Local Government, Minister Ziyambi Ziyambi announced that Government had lost faith in Harare city fathers as they had failed to provide basic services that led to the cutting of water supplies for the entire Harare metropolitan area.