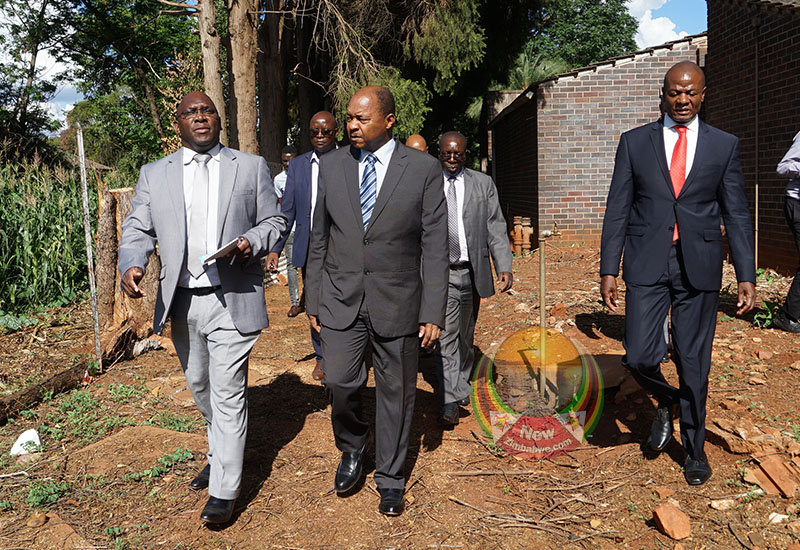 HEALTH Minister Obadiah Moyo and his cabinet colleague in Social Amenities Minister Daniel Garwe were Monday forced to abandon a tour of Harare hospitals after mistakenly thinking journalists were not present to witness the event.

The two were set to tour Parirenyatwa, Harare and Chitungwiza hospitals same afternoon.

But after touring Parirenyatwa Hospital, the ministers were soon to abandon the tour when they thought journalists were nolonger among them.

Moyo later confirmed to NewZimbabwe.com that they dumped their itinerary when they did not see the media anymore.

“Yes, we heard that you were gone and there was no point for us to come, we are very sorry,” said the former Chitungwiza Hospital CEO.

The tour was supposed to begin at Parirenyatwa Hospital and proceed to Harare hospital and end with Chitungwiza hospital.

Moyo and Garwe addressed journalists at Parirenyatwa after touring a site they said would see authorities build new houses for junior doctors.

After touring the place, all journalists who were there headed for Harare Central hospital ahead of the ministers and their delegation.

Journalists from several media houses waited for more than an hour for the government officials to come by the ministers did not show up.

The tendency by government officials to perform their jobs in front of the media has not started with the new cabinet officials.

Zimbabwean ministers have often found themselves forced to delay their events each time they did not see journalists from the national broadcaster, ZBC present.

In some instances, the ministers have ridiculously been forced to repeat event processes in front of TV cameras as they believe it helps them build their political careers and for the visibility to their appointing authority.

In certain events, private media journalists are barred from covering.