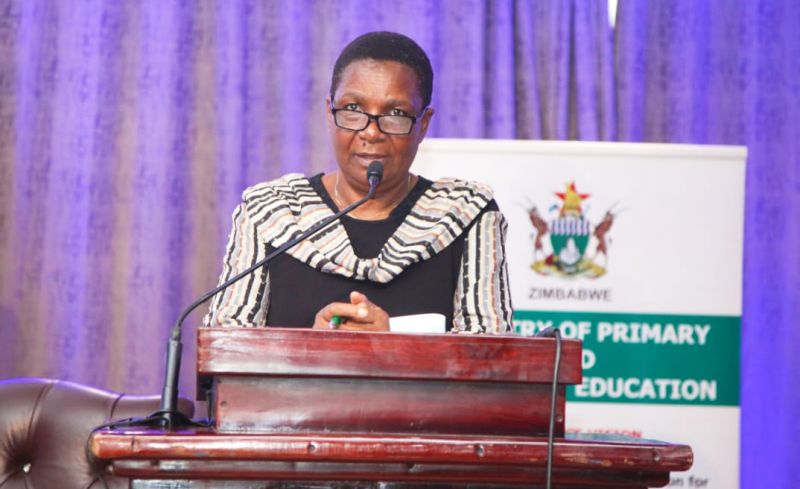 PRIMARY and Secondary Education permanent secretary, Tumisang Thabela has admitted that the ministry is buckling under pressure due to under-funding consequentially hindering delivery of education services in the country.

Speaking at a policy dialogue convened in Harare Tuesday by UNICEF in conjunction with the Ministry of primary and secondary education, Thabela said there is a deficit of schools.

“The estimated demand of schools is 13,100 in order to adequately service the above population but our last census (EMIS 2021)) recorded 10,147 schools: gives us a deficit of close to 3,000 schools.

“Supply is therefore less than the demand and calls for a deliberate investment in education infrastructure provision, especially in light of a growing population and emerging settlements across the country. These have seen a rise in satellite schools that are currently about 1,963 (with 1,087 in the primary and 876 in the secondary sector),” said Tumisang Thabela.

The revelation by Thabela lays bare challenges currently bedeviling the education sector which have witnessed teachers threatening to abandon classes over poor working conditions and remuneration.

Poor working conditions compounded by lack  of schools’ infrastructure has led to hemorrhage of teachers across borders seeking greener pastures.

Last year, Parliament expressed concern with the current infrastructure with some classrooms of schools in rural areas made up of pole and dagga.

Parliamentarians also revealed that the ministry had failed to utilise over ZW$4.6 million that was allocated to it by Finance minister Mthuli Ncube for construction of schools last year.

Natural hazards have also been witnessed schools in areas like Gokwe whose classrooms were destroyed by rainfall but have not been refurbished due to lack of funding.

In a bid to lighten the current crisis, government has established satellite schools but they are falling short in accommodating the excess number of children.

He said the budget ratio of the Ministry is worrisome as it fails to tackle infrastructure problems of schools.

“The 90 to 10 ratio is somewhat still worrisome because 90 percent is going to the current expenditure in terms of salaries and associated expenditures while wholly 10 percent going towards infrastructure development. As a society we are aware of demands of new schools. We have a deficit of 3 000 schools,” said Nigel Chanakira.