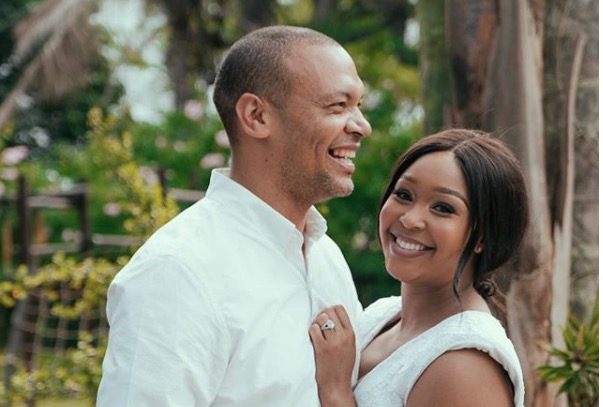 The couple have a one year old son, Netha, together.

Minnie and Quinton tied the knot in 2017 in a lavish ceremony that aired on Showmax in a three part wedding special titled Becoming Mrs Jones.

In a statement, the couple said the decision to divorce was reached following consultations with their families and counsellor.

Minnie added the caption: “We remain friends, business partners and loving parents to our son.”

Read full statement from Minnie and Quinton below: 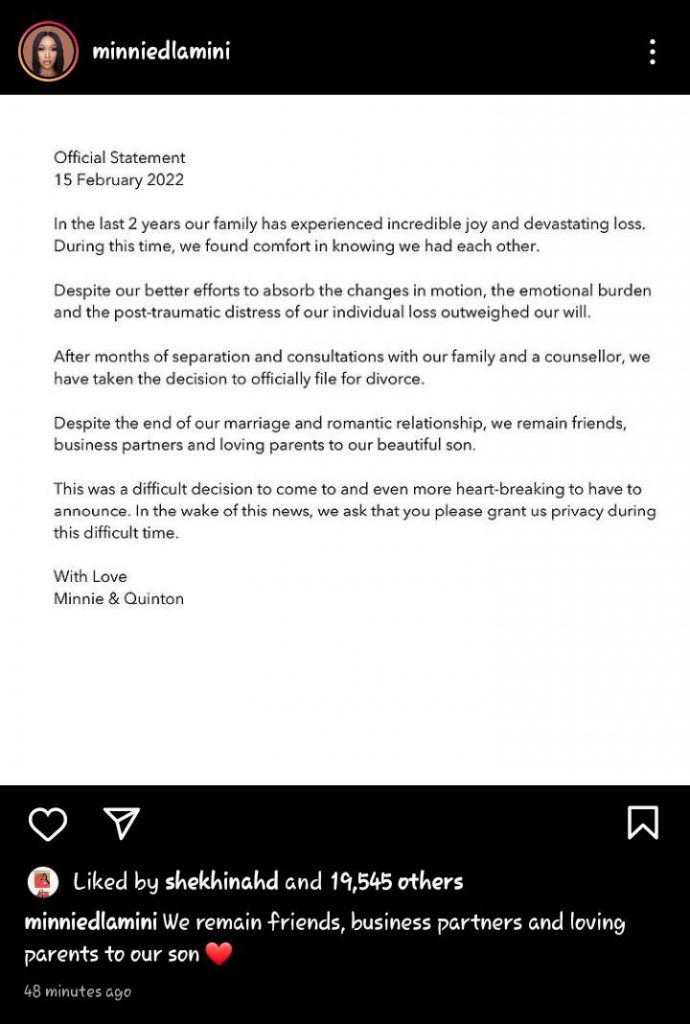