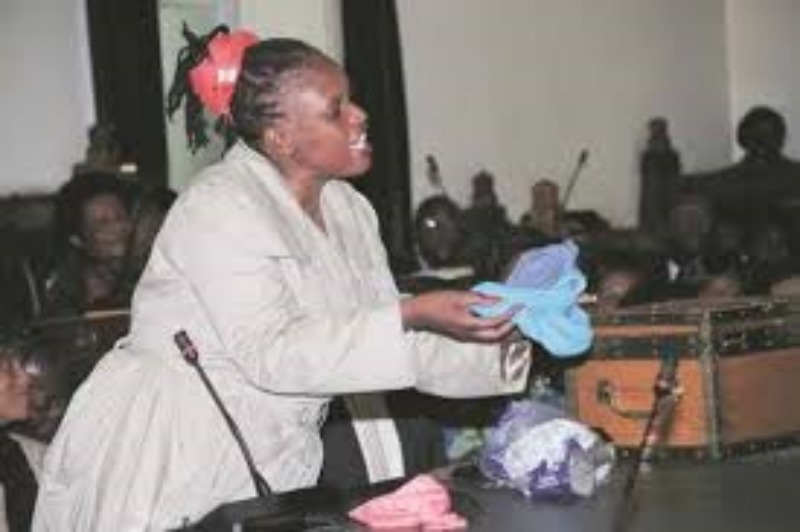 MDC MP Priscilla Misihairabwi-Mushonga said she is not bitter despite learning that she is not on the list of candidates representing her party in the forthcoming general election.

She said this is so despite the fact that no formal communication was made to her by the Welshman Ncube led party.

She, however, said she was disappointed that the number of women contesting is very small and for a party founded to also respect women and gender equality that was unacceptable.

The MDC proportional representative for Matabeleland South also said that the last Parliamentary term will remain the most fulfilling of her time in the House. She said she was free to play her representative role to her heart’s content.

The outspoken legislator who is in the Portfolio Committee on women and Youth Affairs will be remembered for bringing to Parliament a baby, sanitary wear and used panties to express her point on issues affecting women.

In her statement, Mushonga expressed sincere gratitude to the MDC and its leadership for allowing her to be their representative since 2000.

“For all the differences I may have had with some people in the party, this is one party that allowed me as a person to grow in many areas of what has become my political experience,” she said.

“The fact remains that during both the Inclusive Government negotiations and the Constitution making process, the MDC remained the only party that deployed a woman to the table.”

“In fact it was only the MDC that had a woman as its chief negotiator. I will remain grateful for that opportunity.”

She added, “I was able to bring issues I felt were at the heart of the women I represented, was able to speak on the issues of Matebelaland without being apologetic, and in all this, at no point did the party seek to restrain or censor me, for that I remain indebted.”

“I have always believed that submitting to a party means submitting to being deployed where the party feels you are best suited.”

“There are many people who have capacity and perhaps better energy to take on the Parliamentary role and it is important that they too are supported and encouraged to move forward. I, therefore, hold no grudge against the party for choosing to move forward without me.”

Commenting on her future, Mushonga said as soon as the Parliament goes into recess she will engage with opinion leaders in Matabeleland South and agree on what role she can play.

“If any, I should take including how they see me playing that role. I will remain an activist on women’s issues and remain convinced that the issue of marginalisation of Matabeleland should take center stage in the national discourse.

“If I don’t go back into the House I do hope that the women who go in will build on the little steps we have climbed and just remember, if you need tips we will be there, and don’t mind the bullies; it gets better.”