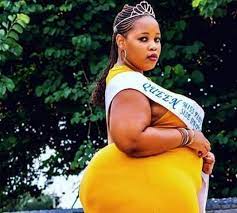 A unique beauty pageant for big-bodied women, aimed at redefining the concept of beauty, at least from an African perspective, is set to be held in October at a venue in Kwekwe, Midlands province.

The event, which is the brainchild of Solomon Matsa, an astute businessman with a sprawling business empire in the SADC region, is meant to send a statement that, “ample African women are also beautiful and need to be celebrated.”

The event started in 2017 and has over the years gained traction, becoming a popular outing, especially for women who are endowed with extra flesh.

“The idea was realised due to the gap we saw with previous pageants which didn’t celebrate real African assets, brains and beauty of our great African women.

“As Africans, we have our own perceptions of beauty and character, which the Western world doesn’t seem to embrace, thus as an independent people it’s about time we also celebrate our true selves,” said Matsa in an interview with NewZimbabwe.com.

The idea, according to Matsa, was to make women from the continent comfortable and confident with their bodies.

“This contest, or pageant, is there to promote comfort and love for thyself, of our African women, and make them understand that we appreciate them in the full Africaness. Our daughters must never starve themselves in the quest to look beautiful, it’s very unAfrican,” Matsa added.

The pageant’s Marketing Executive, Ricky Dabvu said preparations for the fete were at an advanced stage.

“We are looking forward to host 12 contestants at our distinct and well organised show as compared to yester years.

“We managed to do two preliminaries, that is for the southern and northern parts of Zimbabwe, making it well polished in terms of finalists
contestants on the final,” said Dabvu.

The grand finale is pencilled for October 1 at King Solomon Hotel in Kwekwe.