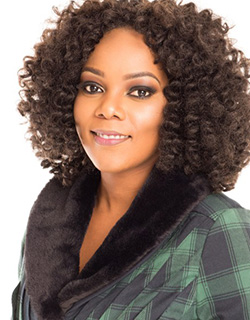 LONDON: Miss World Zimbabwe UK (MWZUK) has entered the final phase of its search for contestants with finalists being announced next Friday.
The grand finale is set for the 1st of July in London, and the organisers have promised a world-class event.
Pageant director Chiedza Ziyambe said the casting roadshows have been successful, adding that a host of young, talented girls turned out in their numbers to be in with a chance to be part of the pageant this year.
“The last few weeks have been fantastic and an eye opener,” said Ziyambe.
“Having conversations with these young women, who have such high aspirations for their lives has kept us in sync with what kind of woman we are looking for to represent us, not only in the UK but on an international platform.
“We are in the process of finalising the shortlist of contestants and we will be revealing them shortly,” she added.
The Miss Zimbabwe World UK winner and her two princesses will be flown to Zimbabwe to compete for the Miss Zimbabwe World 2017 title, with the overall winner being entered into the Miss World competition later in the year.
Tickets for the event are now on sale, with standard tickets available for £35. VIP tickets, which will guarantee guests front row seats, as well as a meal are available for £60 and can be purchased from the website at http://zimbabwefashionshowcase.com/miss-world-zim-uk/
The pageant this year will be held at the prestigious De Vere Grand Connaught Rooms in London.
Prizes for the pageant will include a character building session with FOSTA.  The winner will also become the Face of Cherrielle Cosmetics.
Casting roadshows began in April and covered a number of cities including London, Nottingham and Manchester.
Profiles of this year’s contestants will be featured on the website and will highlight stories of their modelling careers and community based initiatives.
The Miss World Zimbabwe UK campaign is a celebration of Zimbabwe, its culture and of women.
For more information, visit http://zimbabwefashionshowcase.com/miss-world-zim-uk/Advertisement