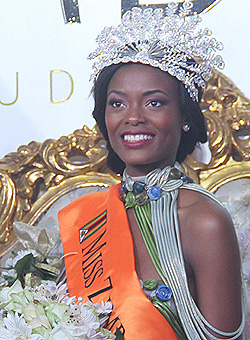 THE re-launched Miss Zimbabwe pageant, held in Harare last Saturday, was an exclusive affair – attracting a small minority of Zimbabwe’s high society.
Once the entry fee was announced, the cast was always going to be predictable – army commander General Constantine Chiwenga, whose wife, Mary, is the new patron of the pageant; a sprinkling of politicians; socialites and the super rich from the business world attended.
But applying the “exclusive” to a private event – whose cheapest ticket ($300) was almost the equivalent of a teacher’s salary – was the millionaire property tycoon, Frank Buyanga.
The 34-year-old spent the last three years in South Africa, from where he has fought his legal battles which once threatened to engulf his Hamilton business empire.
Buyanga – whose business interests straddle property, the financial services and insurance – is thought to have hammered out settlements with nearly a hundred clients who had their properties repossessed after defaulting on loans, allowing him to return home without the threat of arrest.
The young tycoon turned up for the Miss Zimbabwe pageant held at Mabvazuva Village in the arms of a leggy fair-skinned beauty, thought to be his girlfriend.
He played the gentleman, ushering the brunette – rumoured to be a medical doctor – to her seat before going off to take his own seat among the panel of judges.