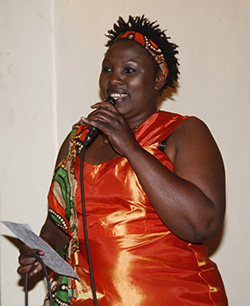 THE re-launched Miss Environment Zimbabwe pageant has stuck to its mandate of promoting environmental issues with the contestants set to be judged mostly on projects they undertake leading to the national finals.
The pageant, which bounces back after a two year absence, will hold its national finals in Bulawayo on October 31. It is running under the theme, “Environment Conversation through ICT”.
Green for Life Consultancy, organisers of the pageant, revealed at the official launch event held a Bulawayo lodge on Saturday night that the grading system to be used will see environmental projects undertaken by each contestant contributing 90 percent of the marks, while grooming, etiquette and the ramp contributing the remaining 10 percent.
The pageant director, Briaton Takundwa, said they want to raise awareness of environmental issues through the pageant, in the process empowering the models.

We want our models to help change their communities … Briaton Takundwa